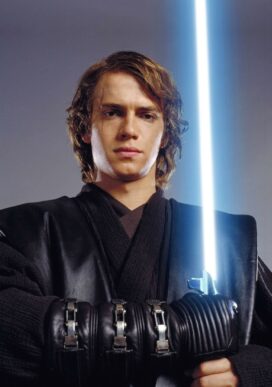 Canadian actor Hayden Christensen played Anakin Skywalker in episodes two and three of the Star Wars movie series by George Lucas. (As Star Wars fans know, the character of Anakin Skywalker goes on to become the supervillain Darth Vader, the Dark Lord of Sith and apprentice to the evil Emperor Palpatine).

Hayden Christensen grew up in Toronto, Ontario and started acting in television commercials when he was seven, moving on to soap operas by the age of 13. He appeared in the feature films The Virgin Suicides (1999, with Kirsten Dunst) and Life as a House (2001), and in the FOX TV series Higher Ground (2000) before Lucas picked him to be in the re-booted Star Wars franchise.

In 2022 he again played Anakin Skywalker in the Disney+ series Obi-Wan Kenobe, with Ewan McGregor in the title role.

Something in Common with Hayden Christensen