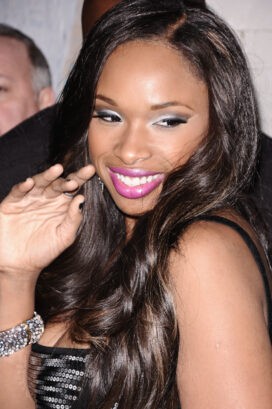 Jennifer Hudson is the American Idol contestant whose big-screen debut in the 2006 film Dreamgirls made her a star and earned her the Academy Award as best supporting actress.

Jennifer Hudson grew up in Chicago and got her start singing gospel songs in a Baptist church. Shortly after making her professional debut in regional theater, she signed with Disney Wonder tours and spent 2002 performing on cruise ships.

Rather than extend her contract, she auditioned for the televised talent show American Idol in 2003, and was selected to compete in the show’s third season (2004).

Her soulful singing and multi-octave range brought her early success and a devoted fan base, but Hudson was eliminated after making it to the show’s top seven. Her fans (including rock legend Elton John) cried foul, but Hudson had already made her mark: she bounced back by winning the role of Effie in the film version of the Broadway musical Dreamgirls.

A newcomer in a cast that included Eddie Murphy, Jamie Foxx and Beyoncé Knowles”, Hudson stole the show with her emotional rendition of the song “And I Am Telling You I’m Not Going.”

She has also appeared in The Secret Life of Bees (2008) and as Winnie Mandela, the ex-wife of South African leader Nelson Mandela in the 2011 film Winnie. Her albums include Jennifer Hudson (2008, winner of the Grammy as the year’s best R&B album) and I Remember Me (2011).

Jennifer Hudson had a son, Daniel David Otunga Jr., in 2009. The father was Hudson’s fiancee since 2008, David Otunga. He is a Harvard Law School graduate who then became a professional wrestler… Jennifer Hudson became a spokesperson for Weight Watchers in 2010, and lost a reported 80 pounds… Hudson’s mother Donnell Darnerson and brother Jason Hudson were shot to death in Darnerson’s Chicago home on 24 October 2008; her nephew, Julian King, was also taken from the home and killed. William Balfour, the estranged husband of Hudson’s sister Julia, was arrested and charged with the crimes… Jennifer Hudson beat out Fantasia Barrino, the winner of American Idol‘s third season, for the part in Dream Girls.

Something in Common with Jennifer Hudson