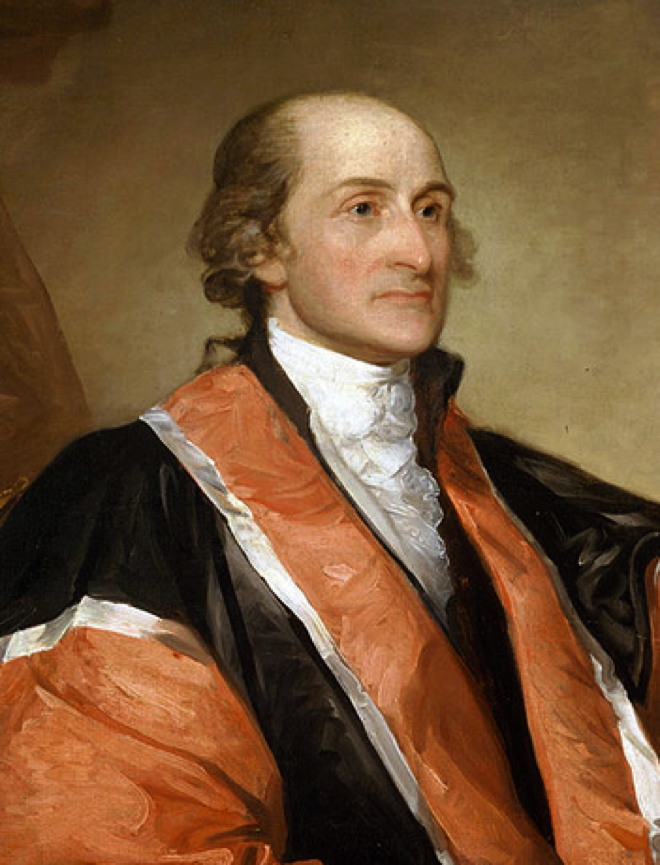 Jay was a lawyer from New York whose service in drawing up the state constitution led to his appointment as a delegate and, later, president of the Continental Congress.

He held the post of American Minister to Spain in 1779 before joining Ben Franklin and John Adams in Paris for the peace negotiations with Great Britain (1783). Upon his return to the U.S. Jay discovered that he had been appointed as the Secretary of Foreign Affairs.

To explain the new U.S. Constitution, he teamed with Alexander Hamilton and James Madison to author a series of essays collected as The Federalist Papers (although it was published anonymously, it is generally accepted that Jay wrote five of the 85 essays).

President George Washington appointed Jay as the first Chief Justice of the U.S. Supreme Court and he was easily approved in 1789.

In 1794 and 1795 Jay’s diplomatic skills were again called upon for peace negotiations with Great Britain to resolve continuing conflicts in and around U.S. territories (Jay’s Treaty, signed in 1795).

When Jay returned from peace negotiations in Europe, he discovered that Hamilton had engineered a victory for him in the gubernatorial election of New York; Jay resigned from the Supreme Court and served two terms as New York’s governor (1795-1801).

He was offered a spot on the Supreme Court by President Adams, but Jay declined and retired from public life.

As a delegate to the Continental Congress, Jay was not enthusiastic about independence from Great Britain and refused to sign the Declaration of Independence.

Something in Common with John Jay