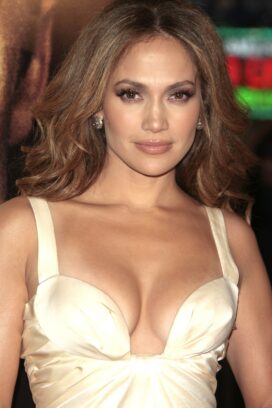 Jennifer Lopez is the multi-talented Latinx singer and actress who has been a star of stage, screen and television since the late 20th century.

Jennier Lopez was a dancer (or “fly girl”) on TV’s comedy sketch show In Living Color before landing the title role in a 1997 biopic of the singer Selena. Appearances in the films Blood and Wine (with Jack Nicholson, 1997) and Out of Sight (with George Clooney, 1998) made her a bona fide movie star and the highest-paid Latin actress in Hollywood.

Lopez also launched a music career, releasing albums including On the Six (1999), J.Lo (2001), Brave (2007), Como Ama una Mujer (2007), and A.K.A. (2014). Nicknamed “J. Lo,” she also showed a knack for catching the public eye. In 2000 she appeared in a famously skimpy peacock-colored dress at the music industry’s Grammy Awards, and began a much-discussed romance with rapper Sean Combs (then known as both Puff Daddy and P. Diddy).

Her engagement to actor Ben Affleck in 2002 made the couple a favorite for the tabloids, who dubbed them “Bennifer.” The pair ended their relationship early in 2004. A few months later, on June 5, 2004, Lopez married singer Marc Anthony; they split in 2011 and divorced in 2014. She announced her engagement to former baseball star Alex Rodriguez in March of 2019, but they later broke up as well.  In a surprise reunion, Lopez and Affleck began dating again in 2021, and they married in Las Vegas on July 16, 2022. After the wedding, Lopez announced that she was changing her legal name to Jennifer Affleck.

On TV, Jennifer Lopez joined the panel of American Idol as a judge in 2010, with a reported deal of $12 million, and appeared on the show on and off for the next several seasons. Along with fellow pop star Shakira, she performed in a widely-praised Super Bowl halftime show in February of 2019.

Something in Common with Jennifer Lopez