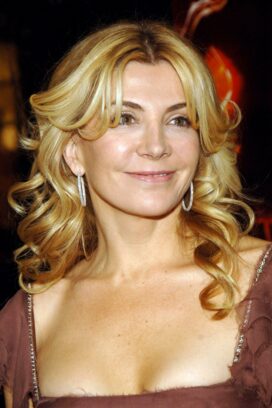 Actress Natasha Richardson died in 2009 after a freak skiing accident: a fall during a lesson led to a head injury which ended her life two days later.

Natasha Richardson had been a star of the stage and screen since 1985, when she appeared with her mother, Vanessa Redgrave, in a London production of The Seagull. Both of Richardson’s parents won Oscars: her mother as supporting actress for Julia (1977), and her father, Tony Richardson, as best director for the 1963 film Tom Jones. Classically trained and honey-haired, both serious and sensual, Natasha Richardson quickly made her own name in films like The Handmaid’s Tale (1990, with Robert Duvall), Nell (1994, with her future husband Liam Neeson) and the surprisingly popular Disney remake The Parent Trap (1998, with Richardson as the mother of twins played by Lindsay Lohan).

Richardson also flourished on stage, earning a Tony nomination for Anna Christie (1993, again with Neeson) and then winning a Tony as best actress in the 1998 New York revival of Cabaret. (Her turn as Sally Bowles in the latter “managed to obliterate memories of Liza Minnelli‘s film performance,” as a review by Baseline put it.)

Natasha Richardson married Liam Neeson in 1994, and they had two sons: Michéal Richard (b. 1995) and Daniel Jack (b. 1996). Richardson’s fatal fall took place at the Mont Tremblant ski resort near Montreal on 16 March 2009; she died two days later in New York’s Lenox Hill Hospital after her family removed her from life support.

Something in Common with Natasha Richardson