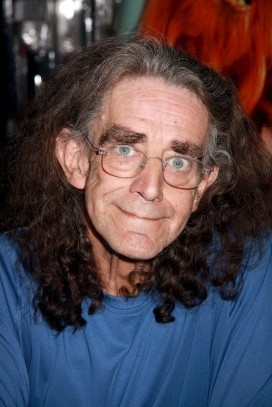 Peter Mayhew was the seven-foot-tall actor who played the fur-covered Wookiee known as Chewbacca in the 1977 film Star Wars and several of its sequels.

Said to be 7’3″ tall in his prime, Peter Mayhew was just what George Lucas was looking for when casting the part of hairy sidekick Chewbacca for Star Wars. Raised on the outskirts of London, Mayhew had been working as a hospital orderly; his only acting experience had been as a minotaur in Sinbad and the Eye of the Tiger (filmed earlier, but also released in 1977).

As Chewbacca, he appeared in the first three Star Wars movies: Star Wars, 1980’s The Empire Strikes Back and 1983’s Return of the Jedi. “Chewie” was the loyal, furry co-pilot of Han Solo (played by Harrison Ford). The success of the films allowed Mayhew to have a long career as an original Star Wars cast member, making public appearances and selling autographs and memorabilia to fans around the world.

Mayhew also appeared in the second-generation Star Wars film, Star Wars: Episode III – Revenge of the Sith (2005, starring Hayden Christensen), and then the post-Lucas sequel Star Wars: The Force Awakens (2015). By then in his 70s and facing back trouble, he handed off the role to Finnish actor Joonas Suotamo for Star Wars: The Last Jedi (2017).

Something in Common with Peter Mayhew