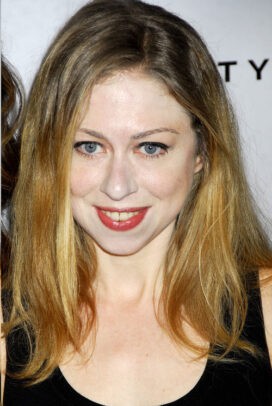 Chelsea Clinton was 12 when Bill Clinton was elected president in 1992. She began studies at Stanford University in 1997, while he was still president, graduating four years later with a history degree. She then studied at University College at Oxford, where her father had been a Rhodes Scholar from 1968-70; Chelsea earned a master’s degree in international relations in 2003.

Although she was mostly shielded from media scrutiny while living in the White House, as an adult Chelsea began to be featured in gossip columns as she associated with celebrities like Madonna and Gwyneth Paltrow. After Oxford she joined the consulting firm McKinsey & Company in 2003. Chelsea Clinton began working as an investment analyst at Avenue Capital Group, a New York hedge fund, in 2006, and made many appearances for her mother’s unsuccessful presidential campaign in 2008. Her mother became U.S. Secretary of State under President Barack Obama in 2009. In November of that year, Chelsea Clinton announced her engagement to Marc Mezvinsky, an investment banker.

Chelsea Clinton is the author of the 2015 book It’s Your World: Get Informed, Get Inspired & Get Going! Chelsea Clinton also made appearances on her mother’s behalf as Hillary Clinton ran for president against GOP candidate Donald Trump in 2016; she lost to Trump in a surprising upset on November 8, 2016.

Bill and Hillary Clinton reportedly named their daughter in honor of the Joni Mitchell tune “Chelsea Morning”… Clinton Clinton studied at Oxford but was not, like her father, a Rhodes Scholar… Marc Mezvinsky is the son of two-term (1973-77) Iowa Congressman Edward Mezvinsky and of Marjorie Margolies-Mezvinsky, who served one term as a Congressman from Pennsylvania (1993-95). Edward Mezvinsky was indicted for fraud in 2001 and served 80 months in prison; he was released in April 2008.

Something in Common with Chelsea Clinton