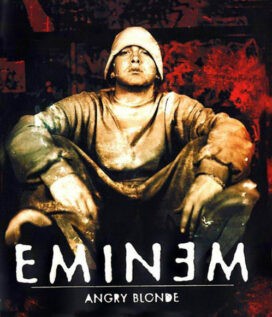 Marshall Mathers, recording as Eminem, started rapping as a teenager in Detroit, Michigan. His self-produced recording The Slim Shady EP caught the attention of famed rapper and producer Dr. Dre, who helped Eminem produce The Slim Shady LP. The 1999 record made Eminem a radio and video superstar, with a reputation as a white rapper who wasn’t afraid to be vulgar. His fame was only heightened by troubles with the law and legal battles with his mother and his wife. (He married his high school sweetheart, the former Kimberly Scott, in 1999. They were divorced in 2001, then remarried briefly in 2006.) He released the best-selling The Eminem Show in 2002 and also starred in the Curtis Hanson movie 8 Mile, a drama loosely based on Eminem’s early life in Detroit. In 2003 Eminem became the first rapper to win an Oscar (for the song “Lose Yourself,” from 8 Mile). He released a greatest hits album in 2005 titled Curtain Call, performed with D12 (“My Band” and “How Come”) and collaborated in 2006 with Akon on the top-ten hit with “Smack That.” He released Relapse in May of 2009, his first studio album in five years, and won his third Grammy. Eminem followed that with 2010’s Recovery, with the single “Love the Way You Lie,” a tale of domestic violence featuring Rihanna.

Eminem’s 2006 remarriage to Kimberly Mathers lasted three months; the couple married in January, split in April, and were officially divorced in December 2006… They have a daughter, Hailie Jade Scott, born in 1995… Eminem’s 2000 hit “Stan” includes a sample of the song “Thank You” by the singer Dido… Some sources list Eminem’s birthdate as 1973 or 1974… His birthplace of St. Joseph is confirmed in an August 14, 2009 article in The St. Joseph News-Press… Dr. Dre and Eminem helped 50 Cent become a star… He is no relation to Jerry Mathers, who played Beaver in the 1950s sitcom Leave It to Beaver.

Something in Common with Eminem