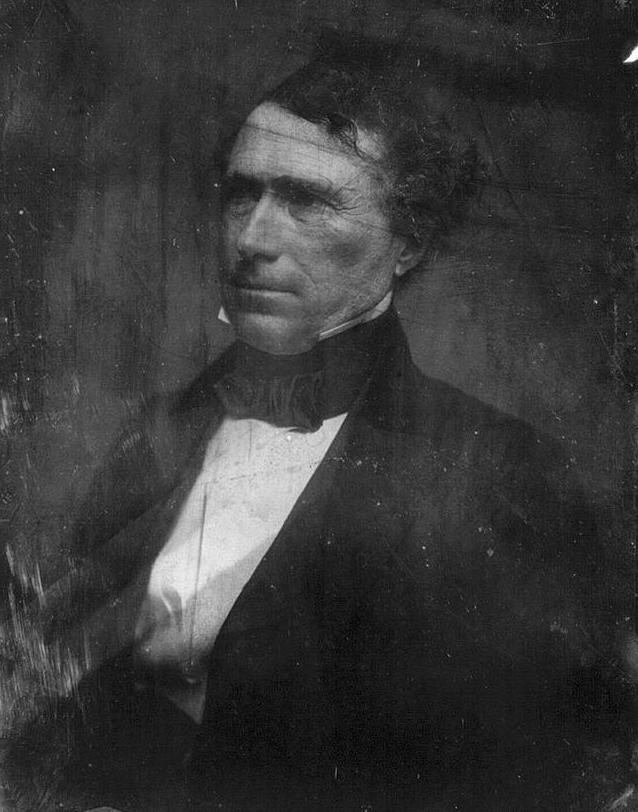 Franklin Pierce was a New Hampshire Democrat who became the 14th president of the United States.

He was elected to the U.S. House of Representatives in 1832, and later moved to the U.S. Senate in 1837. Not so fond of Washington politics, he resigned from the Senate in 1842 and returned to New Hampshire to practice law.

Pierce turned down political offers and served in the Mexican War, and was eventually made a Brigadier General. In 1852 he attended the Democratic national convention and, maybe to his surprise, won the nomination and the election over incumbent president Millard Fillmore.

Pierce tried unsuccessfully to promote conciliation between the North and the South over slavery, an issue (the “Kansas Question”) that dominated his presidency. and he served only one term. He was succeeded by James Buchanan.

Franklin Pierce married Jane Appleton in 1834 and they had three sons, none of whom made it to adulthood. They witnessed the death of their last surving son, Benjamin, in a railroad accident, just two months before his inauguration.

Something in Common with Franklin Pierce