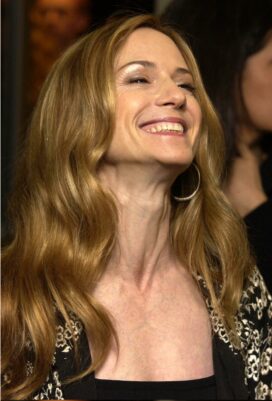 In 1987 Holly Hunter appeared in Raising Arizona (with Nicolas Cage) and Broadcast News, and was suddenly a movie star.

Proving she could do more than rapid-fire dialogue and comedy, Hunter nabbed the 1994 Oscar for her performance in The Piano (1993, directed by Jane Campion).

She earned her fourth Oscar nomination in 2004 for her supporting performance in Thirteen (2003), then switched gears to be the voice of the mom (Helen/Elastigirl) in the animated features The Incredibles (2004) and The Incredibles 2 (2018).

Hunter has also worked in television, notably as tennis great Billie Jean King in When Billie Beat Bobby (2001), as the star of the 2007 series Grace, and, in a small but important role, the television series Top of the Lake (2013).

Hunter is married to Janusz Kaminski, the Oscar-winning cinematographer of Schindler’s List (1993, directed by Steven Spielberg).

Something in Common with Holly Hunter