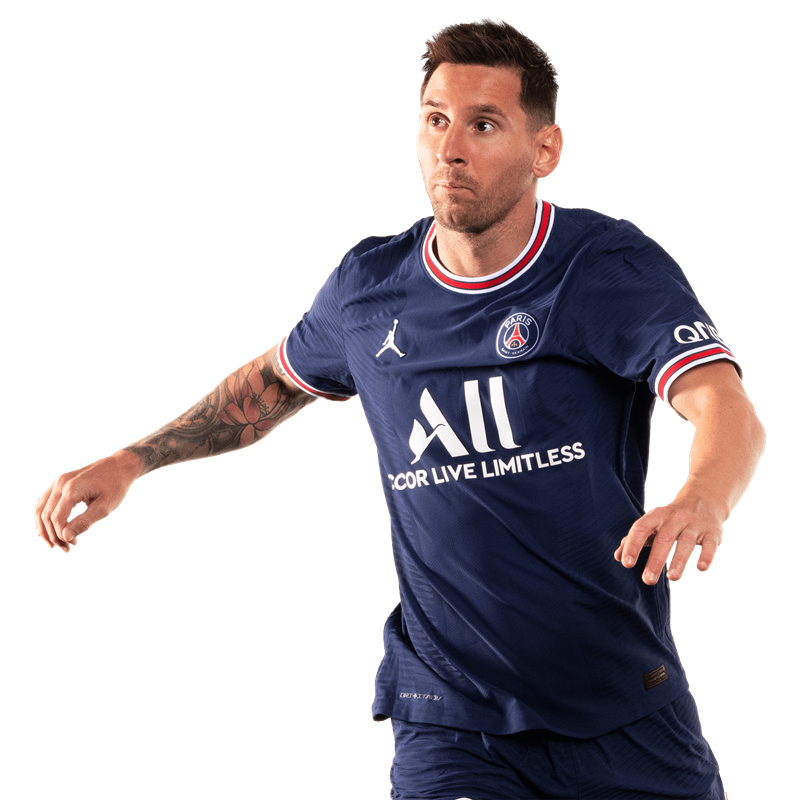 Lionel Messi was already a teen superstar of Argentine soccer by the time he turned 18, in 2005. That year he was named the player of the tournament at the under-20 World Cup; played his first game for the Argentine national team (against Hungary on August 17); and scored his first goal (on May 1) with the professional team FC Barcelona, where he played alongside another South American sensation, Ronaldinho. He was soon being compared to an earlier Argentine soccer hero, Diego Maradona. Like Maradona, Lionel Messi is an attacking, goal-scoring forward; Barcelona’s official site calls him “highly creative.”

In 2009, Messi helped Barcelona win a rare triple: the Copa del Rey, Spain’s La Liga championship, and the Champions League. In 2012 he became the first player to score five goals in a Champions League match, tallying five against Bayern Leverkusen in a 7-1 win on March 7th.

At the 2016 Copa America Centenario final, Messi missed a penalty kick, sending the ball into the stands and giving Chile a victory over Argentina. Ten days later, Messi, one of the world’s highest-earning athletes, was sentenced by a Spanish court to 21 months in prison for tax fraud. That sentence was later reduced to a fine of 252,000 Euros, or roughly 400 Euros or each day of the 21 months.

In 2021, after much drama, Messi left FC Barcelona and moved to Paris Saint-Germain on a two-year contract with an option for a third; ESPN reported that Messi was expected to earn between 30-35 million Euros (that is, $35-41 million) net per year. Later that year he won his record seventh Ballon d’Or.

Lionel Messi is 5’7″ tall; his nickname is “The Flea”… Rosario was also the birthplace of Che Guevara… Lionel Messi scored a famous solo goal for FC Barcelona against Getafe CF on April 18, 2007. He took the ball just inside the half line and sprinted past five defenders and the goalie before booting the ball home from a sharp angle. The goal is often compared to Diego Maradona‘s dashing solo “goal of the century” vs. England in the 1986 World Cup… Lionel Messi won the FIFA World Player of the Year award in 2009; the award then was renamed the FIFA Ballon d’Or award in 2010, after the award was merged with the historic Ballon d’Or (Golden Ball) given yearly by the magazine France Football since 1956. Messi was the first winner of the new combined award… Only one other player has won the Ballon d’Or three times in a row: Michel Plantini of France from 1983-85.

Something in Common with Lionel Messi