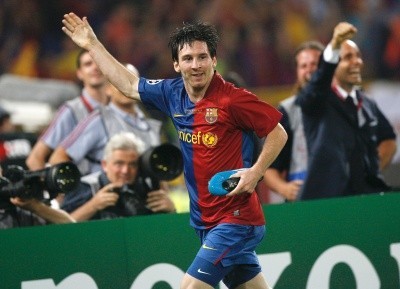 Barcelona got their chance in 1978 only because Pope John Paul I had died after a month in office. To call it “divine intervention” would be going too far, but in any case it made the 4-0 string possible.

Argentine great Lionel Messi scored twice in yesterday’s 4-0 win over Milan, including this beauty while surrounded by a conclave of defenders:

If they ever switch to a popular vote, Messi could well be elected the first Latin American pope. Though he’d have to switch to red shoes.

See our biography of Lionel Messi »