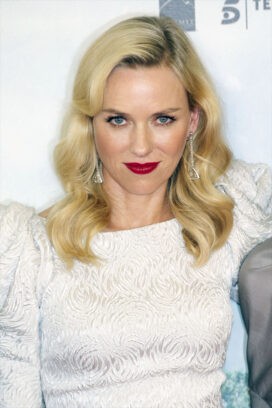 Watts was born in England but grew up in Australia.

She made her film debut in the 1986 Australian feature For Love Alone, and followed that with several years of lesser roles in films and TV programs, in both Australia and the United States.

Watts gained international attention when she was widely praised for her leading role in David Lynch‘s Mulholland Drive (2001).

She then starred in The Ring, a surprise horror hit, and landed the lead in Peter Jackson‘s 2005 remake of King Kong.

Something in Common with Naomi Watts