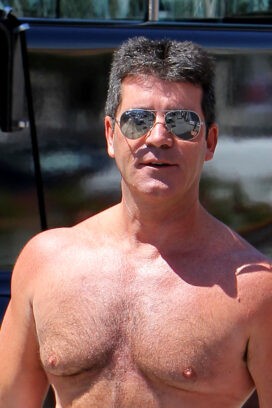 Simon Cowell is a music producer whose blunt assessments contestants on TV’s American Idol made him the most high-profile3s personality on the show’s panel of judges.

Simon Cowell has been in the pop music business in the United Kingdom since the 1970s, and is credited with “discovering” such pop stars as the boy band Westlife and the pop duo Robson and Jerome.

Cowell’s specialty is marketing TV and pop music together, and in 2001 he hosted the forerunner to American Idol, England’s U.K. Pop Idol.

When the U.S. version hit it big, it not only made stars out of performers Kelly Clarkson, Clay Aiken and Ruben Studdard, it also made stars out of host Ryan Seacrest and talent judges Cowell, Paula Abdul and Randy Jackson.

His direct criticisms of the contestants and general cattiness made him the guy audiences loved to hate, and he was rewarded after the first season of the show with a contract that made him the highest paid judge on the panel.

But Cowell achieved greater fame (and wealth) as the creator of the TV musical talent show The X Factor, which went on to long runs in both the United Kingdom and the United States.

Cowell also has had success in creating the ready-made musical groups One Direction (teen boys) and Fifth Harmony (teen girls).

Simon Cowell’s criticism also helped make a star of tone-deaf Idol auditioner William Hung… Simon Cowell has a son, Eric, born 12 February 2014; the mother is Lauren Silverman. She was married to the real estate magnate Andrew Silverman, a friend of Cowell’s, when she became pregnant, which became a high-profile story in gossip columns… Simon Cowell was engaged to makeup artist Mezhgan Hussainy in 2010-11, but they did not marry.

Something in Common with Simon Cowell