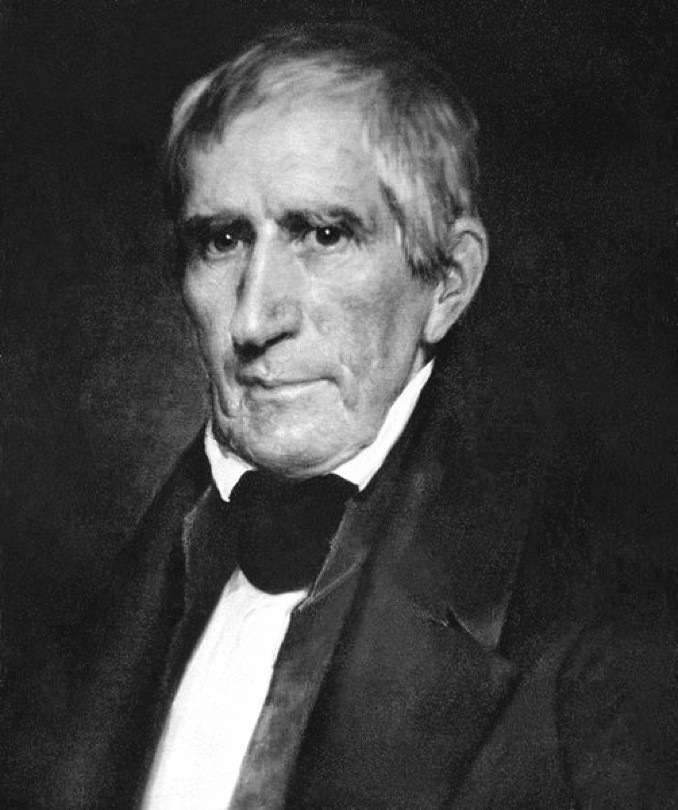 William Henry Harrison had the shortest term in office of any American president: 32 days, in 1841.

Harrison was the son of Benjamin Harrison, a signer of the Declaration of Independence.

William made a name for himself in the early Indian Wars and was rewarded with the governorship of the Indiana Territories, where he served from 1800-1812.

He is most famous for defeating the Shawnee chief Tecumseh at the battle at Tippecanoe Creek (November 7, 1811). The victory cemented the territorial claim of the United States and took about three millions acres from the Shawnees. The incident earned Harrison the nickname “Old Tippecanoe.”

After serving in the House and the Senate, Harrison retired and settled with his wife Anna at their farm in North Bend, Ohio.

The Whig Party drafted Harrison for the presidency and he won the election of 1840, beating the Democratic candidate (and incumbent) President Martin Van Buren.

Harrison, 68 years old and not in the best health, gave a 100-minute inaugural speech in the snow without hat or overcoat, caught pneumonia, and died a month later.

Harrison’s few weeks in office were spent rebuffing Whig loyalists who wanted political positions, and he famously told Whig leader Henry Clay (by note), “You are too impetuous,” sending Clay out of the White House and back to Kentucky.

Harrison was succeeded by his vice president, John Tyler.

Something in Common with William Henry Harrison