Yesterday on a walk through downtown Portland, Oregon I came upon this poster for an upcoming music show: 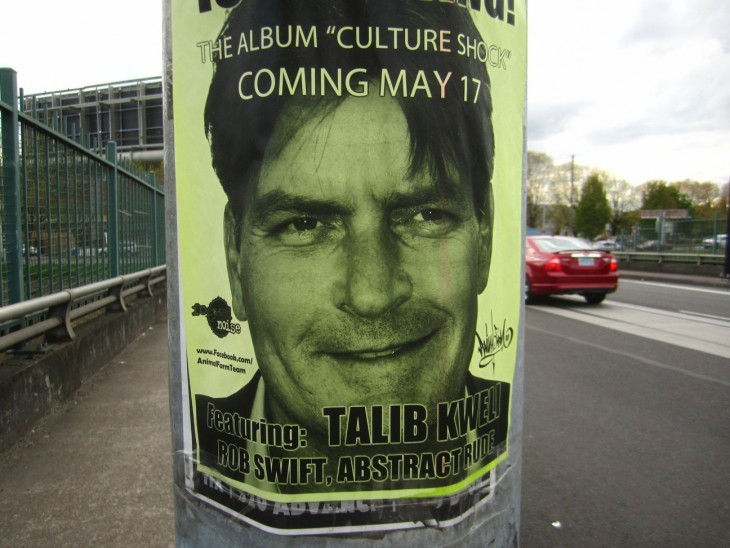 Near as I could tell, the bands and the show had absolutely nothing to do with Charlie Sheen. As far as I know, having read a short biography of Charlie Sheen, the television star and all-around tabloid goofball doesn’t have anything to do with rock (or hip hop) music.

It doesn’t even say whether Charlie Sheen has a posse.