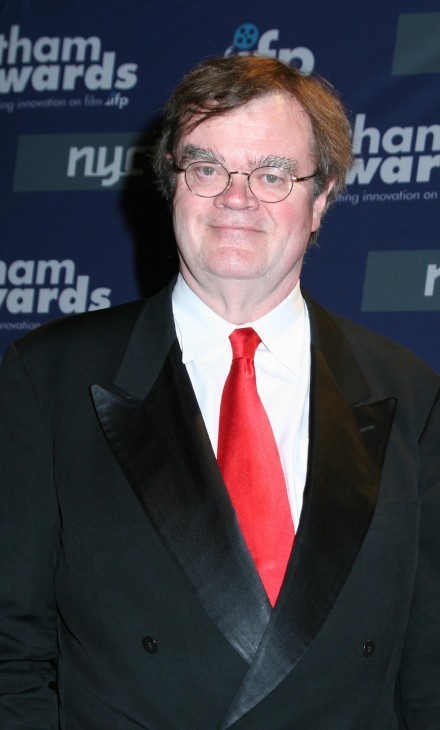 Q. Do you plan to scale back at some point?

A. I am planning to retire in the spring of 2013, but first I have to
find my replacement. I’m pushing forward, and also I’m in denial. It’s
an interesting time of life.

Q. What do you think about retirement in general?

A. When I was younger, I was all in favor of it, and now that I’m at that age, I’m not sure. I sure don’t want to make a fool of myself and
be singing romantic duets with 25-year-old women when I’m 75. But on the
other hand, it’s so much fun. And in radio, the lighting is right.

Radio star Garrison Keillor tells AARP Magazine that he plans to retire in the spring of 2013.

“Plans” is the operative word. Garrison Keillor has retired before, of course, in 1987, when he shut down A Prairie Home Companion after 13 years on the air. Two years later he couldn’t stand it and came back with a new show titled American Radio Company of the Air.  That show ended up so much like A Prairie Home Companion that he finally just took the old name again, and he’s been rolling with it ever since.

Keillor was 45 in 1987, and he turns 69 later this year.  That might keep him off the boards in the future. He says he’s going to find a replacement for himself before he quits, but who would be surprised if it took him an extra 10 years to do that?

We saw him here in Cincinnati in December and marveled at his casual approach to live radio.  He and his cast and band wandered on and off stage like churchgoers at a Sunday picnic, returning to the microphones just in time to start a funny story or hit the first chord of a bluegrass song.  They were terrific.

Keillor has a new book of poetry out, and in this interview he name-drops some favorite poets:

Q. Why would you say we need poetry? Why should we read it?

A. I would never tell you you need poetry, but if we were eating
dinner together and you said something disparaging about poetry, I might
look you in the eye and recite “A Blessing” by James Wright or “Wild Geese” by Mary Oliver or “Since Feeling Is First” by E.E. Cummings, and you would be moved by the straightforward musicality of it. Composers keep trying to set these things to music,
and there’s absolutely no need to — true poetry IS music. You would be
touched by the music of our ordinary American English.

Turns out those are good poems, too, especially “Wild Geese.”  Read ’em.

Then see our biography of Garrison Keillor >>