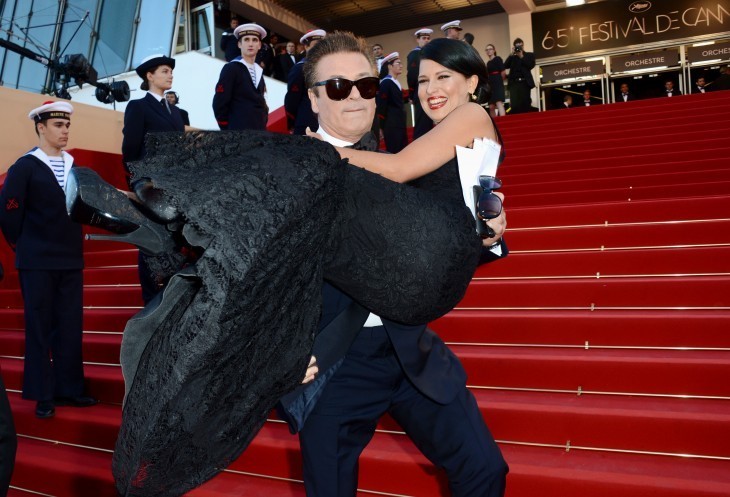 He takes the direct approach:

Ms. Thomas and Mr. Baldwin met in February 2011, at Pure Food and Wine, a restaurant in New York. “I was standing near the door with my friends when he walked up and took my hand and said, ‘I must know you,’ ” Ms. Thomas said.
“You must know me?’ ” she replied, after which she said they stood chatting. “And then he gave me his card.”
Mr. Baldwin, who readily confessed that his opening line “was none too clever,” recalled how he had noticed Ms. Thomas with friends at the restaurant and felt compelled to introduce himself. Confirming that he had handed her his phone number, Mr. Baldwin said, “I never ask women for their phone numbers.” 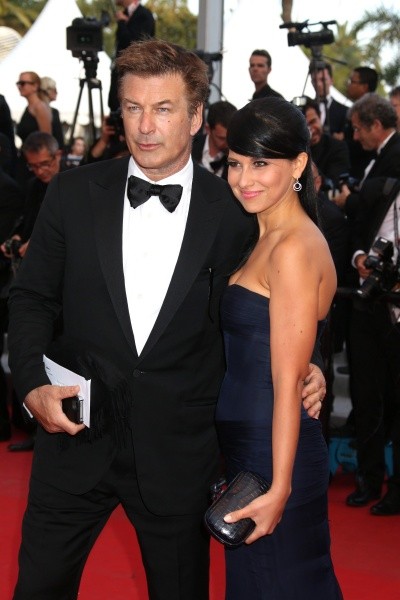