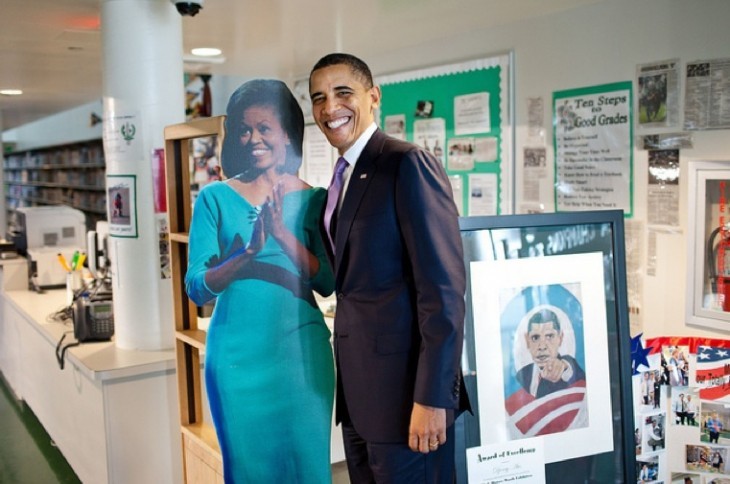 The White House has released a remarkable series of photos from Sunday, as President Barack Obama and his national security team followed the attack on Osama bin Laden‘s compound.

In the shot above, Obama and team “receive an update” in the White House situation room. It sure looks like they’re watching video, and tech bloggers claim that there was a helmet-cam feed from the scene. But we don’t really know. In a White House briefing on Monday, counterterrorism expert John Brennan wouldn’t confirm that Obama was able to follow the attack with direct audio or video:

We were able to monitor the situation in real time and were able to have regular updates and to ensure that we had real-time visibility into the progress of the operation.  I’m not going to go into details about what type of visuals we had or what type of feeds that were there, but it was — it gave us the ability to actually track it on an ongoing basis.

(Update: The New York Times says “The president and his advisers watched Leon E. Panetta, the C.I.A. director, on a video screen, narrating from his agency’s headquarters across the Potomac River what was happening in faraway Pakistan.”) 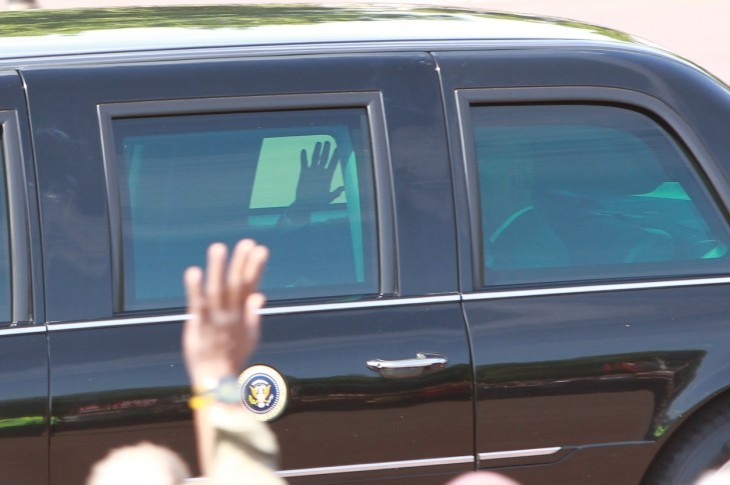 Obama talks with National Security Advisor Tom Donilon before the mission. I find it strangely encouraging that so many of these high-level security officials look rumpled. 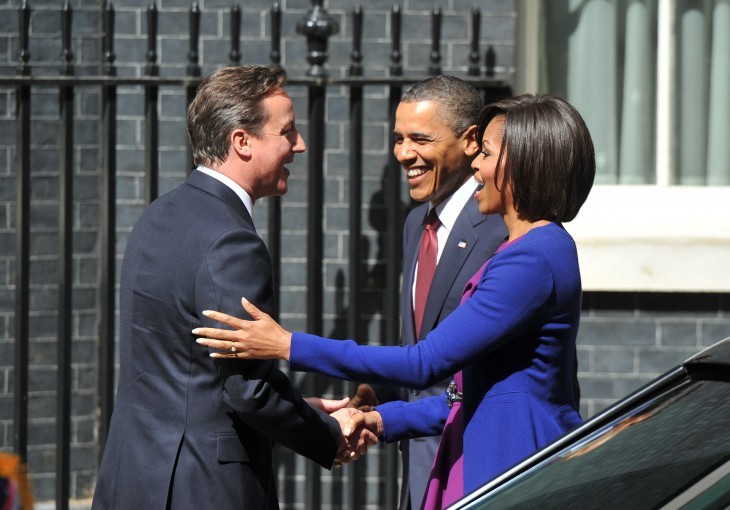 Later that night in the Oval Office, Obama went over the text of his address, which began: “Tonight, I can report to the American people and to the world that the United States has conducted an operation that killed Osama bin Laden, the leader of al Qaeda, and a terrorist who’s responsible for the murder of thousands of innocent men, women, and children.” 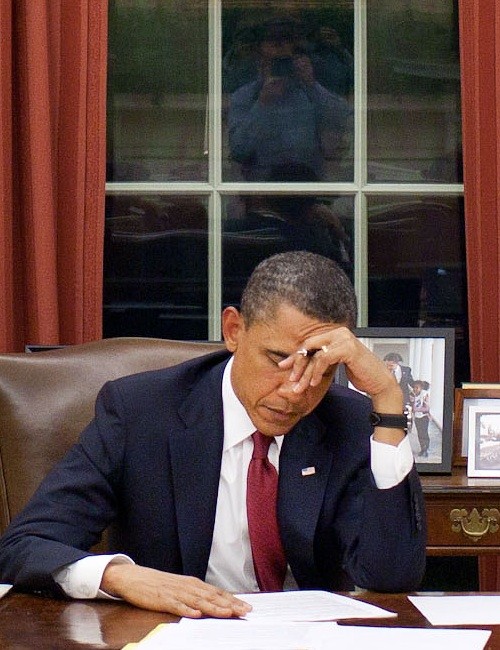 Look close in the window and you can see the reflection of Pete Souza, the White House photographer who took all these shots. Nice work.

After the speech, and after what must have been a staggering day, the President shakes hands with Admiral Mike Mullen, Chairman of the Joint Chiefs of Staff.  Looking on are Secretary of State Hillary Clinton and CIA Director Leon Panetta.