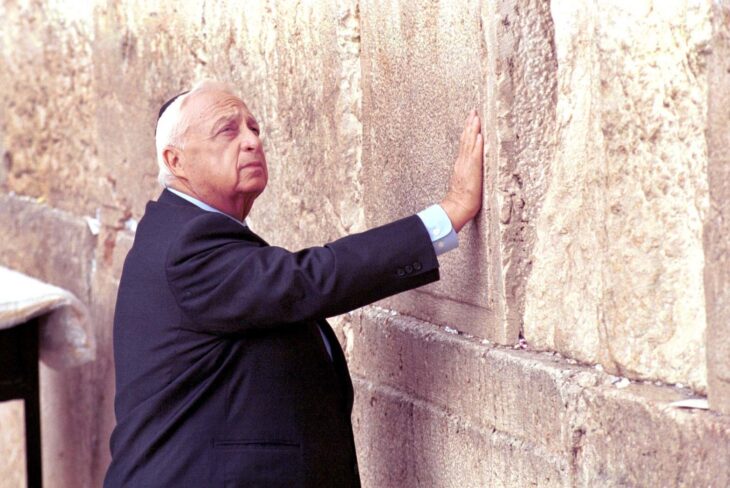 Ariel Sharon, the powerful and combative former prime minister of Israel, has died at age 85. He’d been in a coma since suffering a catastrophic stroke in 2006.

The BBC sums up the love-him-or-hate-him contradictions:

To many Israelis, Sharon was a heroic warrior, having led decisive campaigns in the 1967 and 1973 wars.
But to many Palestinians he was The Butcher, who laid siege to Beirut and was responsible for the deaths of at least 800 civilians in the Sabra and Shatila refugee camps in Lebanon in 1982.
“No-one can lecture me about the need for peace,” he once said. “I am the one who was in those battles. Therefore I am the person who can prevent war.” And it is true that Sharon had fought in all of Israel’s five wars. 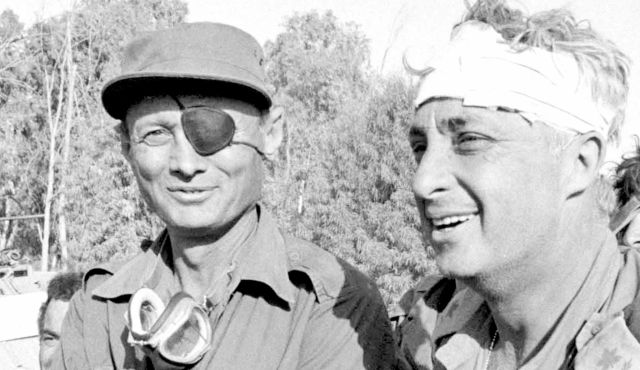 The Israeli paper Haaretz has a helpful photo feature on Sharon’s life, including this shot with Moshe Dayan from the Six-Day War in 1967. (And also even a shot with late-era Michael Jackson.)
Haaretz also notes what might have been:

Everyone had expected Sharon, the controversial military and political leader, to substantially push forward the peace process with the Palestinians, the primary reason he had left the Likud party and established Kadima.
A huge upheaval swept Israeli politics when Sharon established his centrist party, setting a platform for the biggest step in his life as a daring politician, and also dramatically changing his reputation.

But then the stroke happened, alas.
See our full Arial Sharon biography »