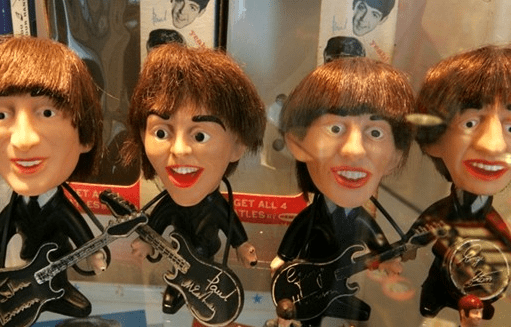 Bummer for Beatles fans: Beatlemania, the Hamburg museum that opened with some fanfare in 2009, is closing.

“Lack of interest and spiralling debts” are to blame:

Manager Folkert Koopmans told Hamburger Morgenpost: “In view of the high deficits, there is no solution left but closure, if you want to act responsibly… That’s a fact we fought against until enthusiasm turned into resignation – a bitter experience. We had many hopes and wishes, unfortunately, only some of them were fulfilled in the city [in] which John Lennon used to say he became an adult.”

“The yellow submarine jutting from the front of the building will be removed,” the story goes on to say. Sads. 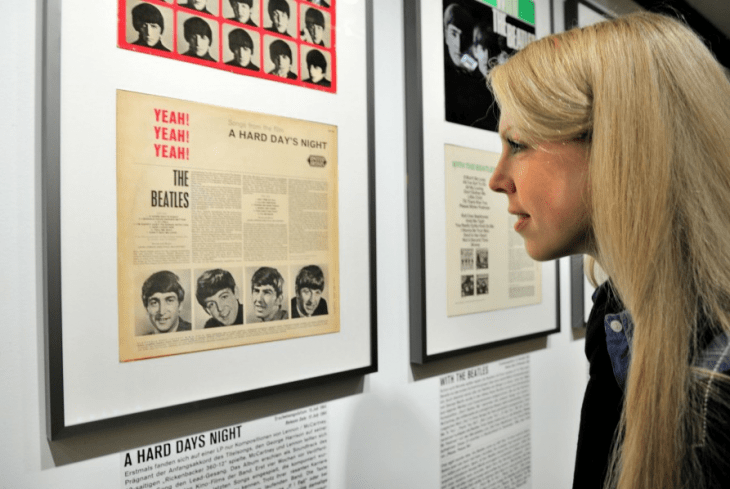 Beatlemania attracted only 150,000 visitors in three years, some of them tidy and attractive German blondes like the one shown here. That breaks down to 137 people a day. At a 13-Euro adult admission, that’s 1781 Euros daily, or US$2232 at current exchange rates — not enough to make the nut, it seems, when you’ve got 1300 square meters of memorabilia on five floors.

It’s probably not Herr Koopmans’ fault. Anyone who’s been to the Rock ‘n Roll Hall of Fame in Cleveland will attest that there’s only so much memorabilia you can look at before you say “Eh, another guitar.” One rocker’s outfit is interesting, 100 is boring. Rock ‘n roll was made for nostalgia, but it wasn’t made for museums. 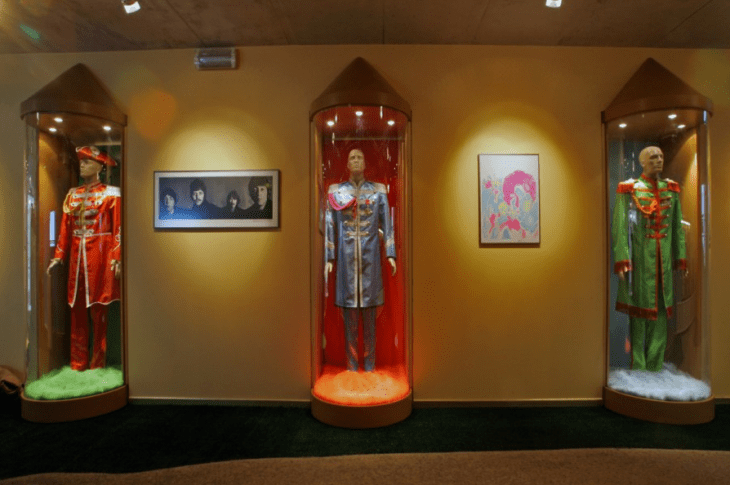 Now see our biography of The Beatles »