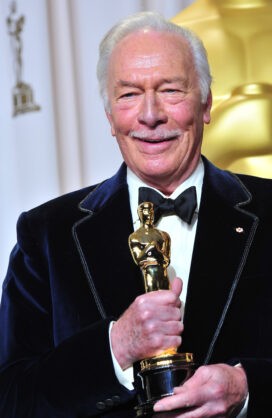 Christopher Plummer’s 60-year acting career included many hits on stage, in movies and on TV, plus an Oscar win at age 82, but he remained best known for the role of the stormy Captain Georg von Trapp in the 1965 movie The Sound of Music.

Born in Toronto and raised near Montreal, Christopher Plummer appeared on the American TV show Studio One in 1953 and focused on TV and theater throughout the 1950s. Then came The Sound of Music in 1965, with Plummer romancing Julie Andrews in song. (Plummer was not a fan of the film and often expressed his impatience with being tied so closely to it.)

A classical actor with a stern brow and matching demeanor, Christopher Plummer was especially known in the theater as a master of the Shakespearean canon. He was seven times nominated for a Tony Award as best actor, winning twice: as best actor in a musical for Cyrano (1974, with Plummer as Cyrano de Bergerac) and as best actor in a play for Barrymore (1997, with Plummer as actor John Barrymore). He twice won Emmy Awards, in 1977 for the miniseries The Moneychangers and in 1994 for his voice performance in the animated series Madeline.

On film he played Rudyard Kipling in The Man Who Would Be King (1975), detective Sherlock Holmes in Murder By Decree (1979, with James Mason as his Watson), the villainous General Chang in Star Trek VI: The Undiscovered Country (1991), and the voice of Charles Muntz in the animated film Up (2009).

Plummer was nominated for an Academy Award for his performance as Russian author Leo Tolstoy in the 2009 film The Last Station; remarkably, it was his first Oscar nomination. He was again nominated for the 2011 film Beginners, playing an aging man who finally admits that he is gay, and he won the Academy Award as best supporting actor in 2012.  He became the oldest person, man or woman, ever to win an acting Oscar.

Christopher Plummer published a memoir, In Spite of Myself, in 2008. He died in 2021 after what his wife said was a blow to the head after a fall.

Christopher Plummer was married to actress Tammy Grimes from 1956-1960. Their daughter, Amanda Plummer (b. 1957), is also an actress. He has also been married to Patricia Lewis (1962-67) and the actress Elaine Taylor (1970-present)… Christopher Plummer is the great-grandson of former Canadian Prime Minister Sir John Abbott.

Something in Common with Christopher Plummer