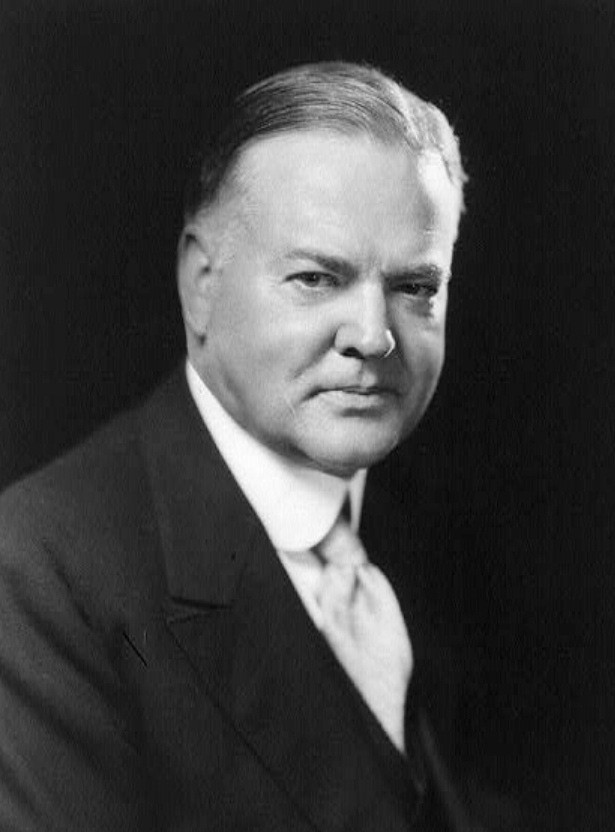 Hoover at the Internet Public Library

The quick facts on "The Great Humanitarian"

The official White House version, as sexy as the man himself

Herbert Clark Hoover was the 31st American president, serving from 1929-33, during the Great Depression.

Hoover was a successful mining engineer and businessman in Australia and China before turning to civic service and politics.

During and after World War I he was head of the U.S. Food Administration and the American Relief Administration, and was widely credited with helping prevent starvation in war-torn Europe.

A Republican, he then served as Secretary of Commerce under both presidents Warren Harding and Calvin Coolidge.

Herbert Hoover defeated Democrat Alfred E. Smith in the presidential election of 1928 and took office in 1929.

The stock market crash in October of that year and the ensuing Great Depression overwhelmed Hoover’s presidency.

In spite of a wide variety of successful reforms, Hoover was held accountable for the dire economic situation and was badly defeated in his bid for a second term by Democrat Franklin D. Roosevelt.

Herbert Hoover was a member of Stanford University’s first class; he entered in 1891 and graduated in 1895 with a degree in mining engineering. Stanford is now home to the Hoover Institution on War, Revolution and Peace, a public-policy research center… Hoover married his wife, the former Lou Henry, in 1898; they remained married until her death in 1944. They had two sons: Herbert, Jr. (b. 4 August 1903) and Allan (b. 17 July 1907).

Something in Common with Herbert Hoover