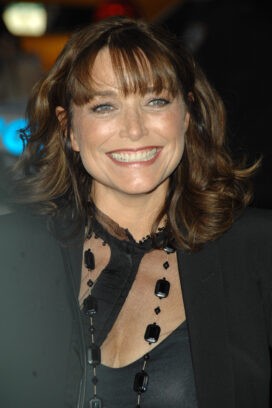 Actress Karen Allen made her feature film debut in 1978 as Katy, the (relatively) sensible girlfriend in the college comedy Animal House (with John Belushi).

Three years later she landed her signature role: Marion Ravenwood, the feisty, hard-drinking ex-love of Indiana Jones in Raiders of the Lost Ark (1981).

Allen didn’t appear in the two big-budget sequels to the film, concentrating instead on live theater roles (including a stint as Helen Keller in the 1982 Broadway production The Monday After the Miracle) and on smaller Hollywood films including Shoot the Moon (1982), the sweet sci-fi romance Starman (1984, with Jeff Bridges), and Scrooged (1988, with Allen as the lost, lamented love of curmudgeon Bill Murray).

In later years she had supporting roles in The Perfect Storm (2000, with George Clooney) and In the Bedroom (2001, with Sissy Spacek), among other films.

She was again cast as Ravenwood for the 2008 sequel Indiana Jones and the Kingdom of the Crystal Skull.

Long fascinated with knitting, she opened her own shop, Karen Allen Fiber Arts, in 2004 in Great Barrington, Massachusetts.

Allen played astronaut Christa McAuliffe in the 1990 TV movie Challenger… She was married to actor Kale Browne from 1988 until their divorce in 1999; their son, Nicholas, was born in 1990.

Something in Common with Karen Allen