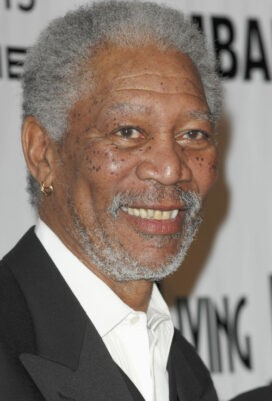 Morgan Freeman won the Academy Award as best supporting actor for his role as a world-weary ex-boxer in the 2004 film Million Dollar Baby.

Morgan Freeman kicked around TV and movies during the 1970s and ’80s as a reliable supporting character, then became a familiar face in the movies after his Oscar-nominated role in 1987’s Street Smart. He was nominated again for Driving Miss Daisy (1989), and received much critical praise for his work in Unforgiven (1992, with Clint Eastwood), The Shawshank Redemption (1994, with Tim Robbins) and Se7en (1995, with Brad Pitt).

Freeman has the kind of face that audiences trust, along with a deep, rich baritone voice. He is known for bringing a certain gravitas to the table, often portraying authority figures like the U.S. president in Deep Impact (1998) and God in Bruce Almighty (2003, with Jim Carrey).

Morgan Freeman was given a Life Achievement Award by the Screen Actors Guild in 2018.

A “Morgan Freeman is dead” report in 2012, complete with Facebook page, turned out to be a hoax; Freeman was alive and well… Million Dollar Baby also won the Academy Award as the best film of 2004… Morgan Freeman is a founding partner in the film production company Revelations Entertainment… In 1993 he directed Bopha!, a feature film set in South Africa… Morgan Freeman was a regular on the 1970s educational show The Electric Company; he played the groovy “Easy Reader” character among many others.

Something in Common with Morgan Freeman