Below is the Google tribute to Alexander Calder, who was born on July 22, 1898 in Lawnton, Pennsylvania: 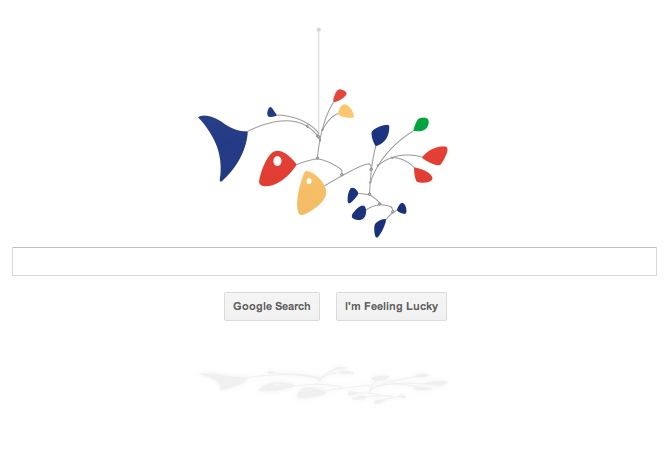 “Sandy” Calder began his career as a sculptor when he was four years old. He had a little help — his father and his father’s father were both sculptors. And they were both named Alexander, too.

But Sandy is the one we’re thinking of today. He’s famous for his wire sculptures and his kinetic sculptures that were given the name “mobiles” (that’s “mo-beels”).

For more background, read the Who2 Alexander Calder biography.

For a quick look at some of Calder’s work, try here.