Alfred Hitchcock “directs” this series of photos in 1942, telling the wartime story, “Have You Heard,” a bit of Allied propaganda whose message is “loose lips sink ships.” 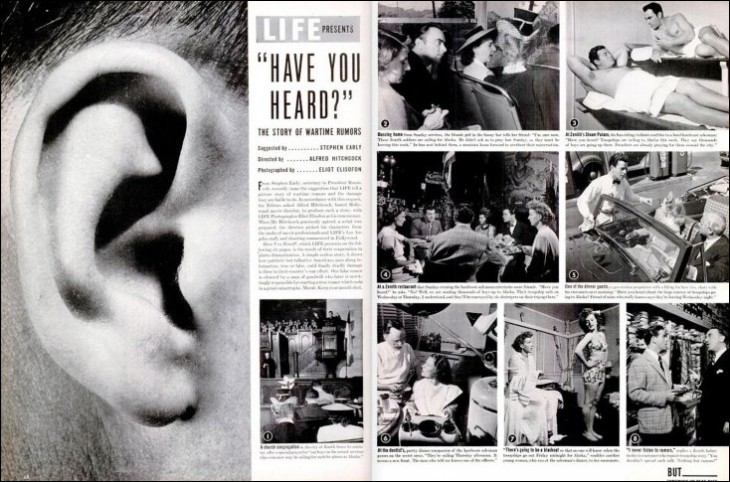 As part of LIFE magazine’s archive of World War II images, here’s a slide show of a series of 18 photos staged by filmmaker Alfred Hitchcock for a July of 1942 issue.

The captions tell the story better than the photos, but the photos have that crisp, glorious black and white look. In the story, a casual word here and there leads to a city-wide game of “telephone,” with the rumor of troop movements being exaggerated and indiscreetly blurted out to every Tom, Dick and Harriet. Except the wise haberdasher, who understands the wisdom in stopping rumors by not repeating them. 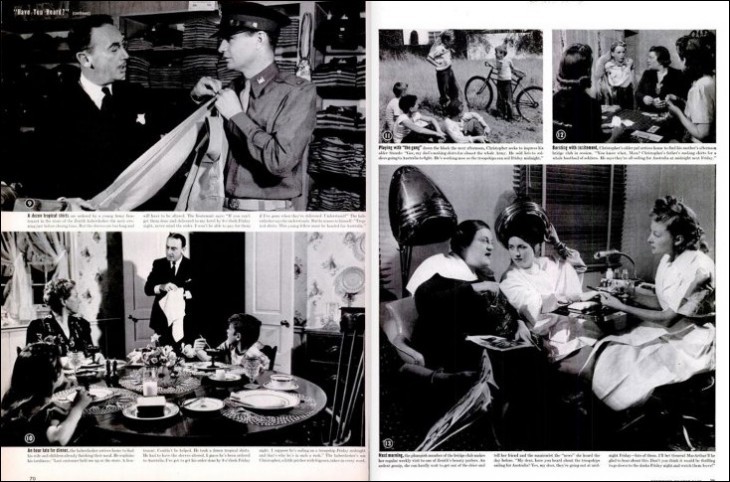 I’m not showing the third page of the magazine layout, because that would pretty much spoil the ending for you.

I don’t mean the ending of World War II. You should probably already know how that war ended. If you don’t, try using a search engine on the computer, or go to a library (hint: Hitler lost).