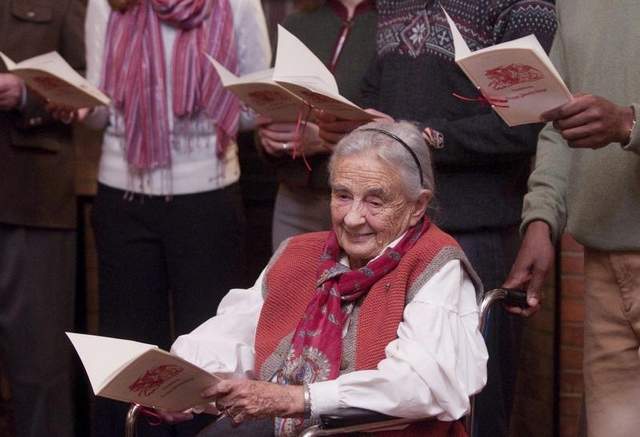 She is not the Maria von Trapp played by Julie Andrews in the movie. That was her stepmother, also named Maria. This Maria was one of the seven children known as the Trapp Family Singers whose escape from Nazi-occupied Austria formed the basis of the 1959 Broadway hit and the movie that followed in 1965.