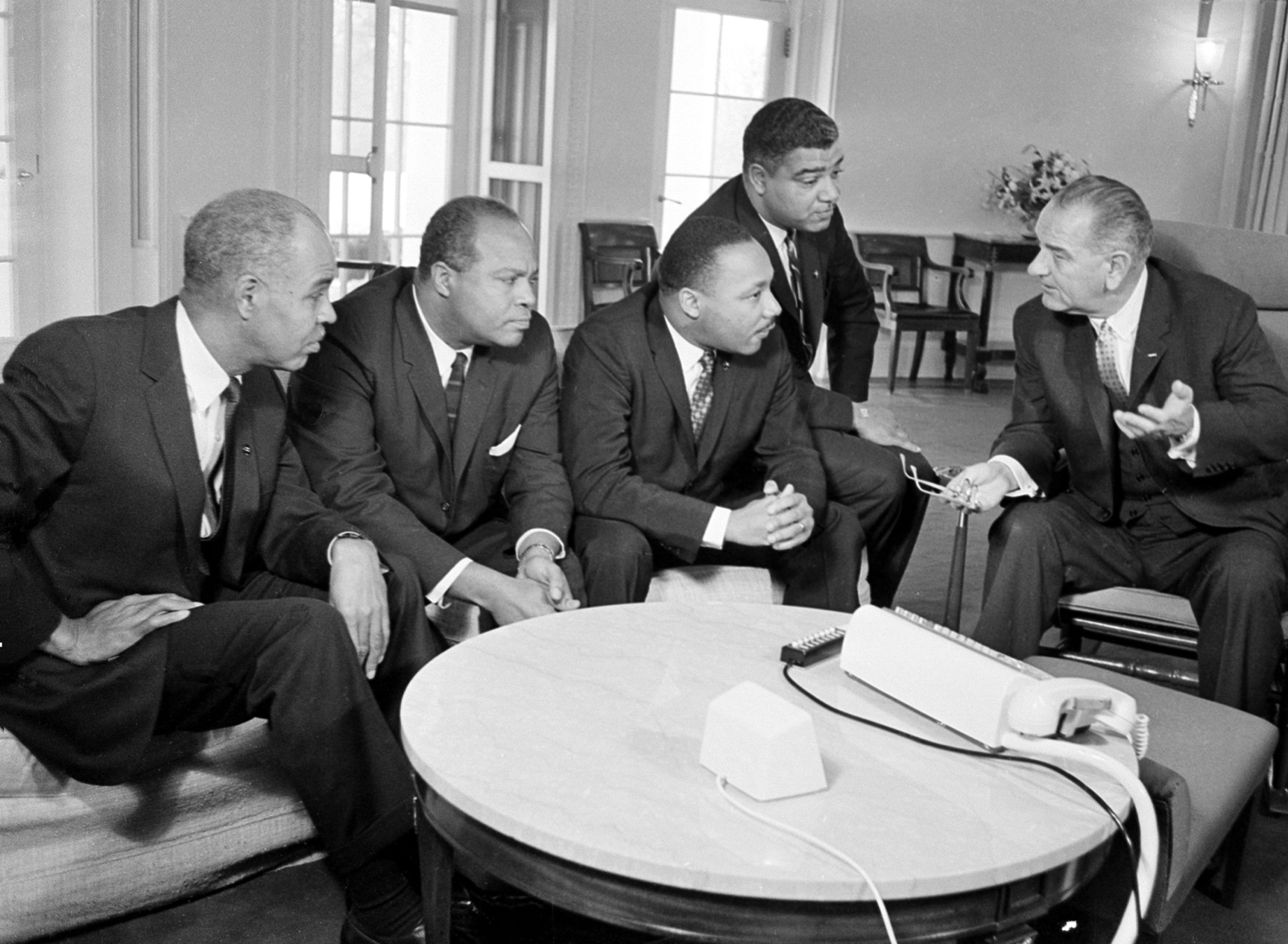 By Anthony Siracusa, University of Colorado Boulder /The Conversation

On July 2, 1964, Martin Luther King Jr. stood behind President Lyndon Johnson as the Texan signed into law the Civil Rights Act of 1964. Although not the first civil rights bill passed by Congress, it was the most comprehensive.

King called the law’s passage “a great moment … something like the signing of the Emancipation Proclamation by Abraham Lincoln.” Johnson recognized King’s contributions to the law by gifting him a pen used to sign the historic legislation.

A year later, as Johnson signed the Voting Rights Act of 1965 into law, King again joined the president for the occasion.

But by the start of 1967, the two most famous men in America were no longer on speaking terms. In fact, they would not meet again before King fell to an assassin’s bullet on April 4, 1968.

King was foremost a minister who pastored to a local church throughout his career, even while he was doing national civil rights work. And he became concerned that his political ally Johnson was making a grave moral mistake in Vietnam. Johnson quickly escalated American troop presence in Vietnam from 75,000 to 125,000 in 1965. And by 1968, more than a half a million troops were stationed in the Southeast Asian nation.

As I write in my 2021 book “Nonviolence Before King,” the Baptist preacher had been on a “pilgrimage to nonviolence” for years. And by 1967, he was a radical apostle of Christian nonviolence.

King called on the United States to “be born again” and undergo a “radical revolution of values.” King believed that Jim Crow segregation and the war in Vietnam were rooted in the same unjust ethic of race-based domination, and he called on the nation to change its ways.

Speaking against the Vietnam War

King preached nonviolent direct action for years, and his team organized massive protest movements in the cities of Albany, Georgia, and Selma and Birmingham in Alabama. But by 1967, King’s religious vision for nonviolence went beyond nonviolent street protest to include abolishing what he called the “triple evils” crippling American society. King defined the triple evils as racism, poverty and militarism, and he believed these forces were contrary to God’s will for all people.

He came to believe, as he said in 1967, that racism, economic exploitation and war were crippling America’s ability to create a “beloved community” defined by love and nonviolence. And on April 4, 1967, he publicly rebuked the president’s war policy in Vietnam at Riverside Presbyterian Church in New York City in a speech titled “Beyond Vietnam.”

“I speak as a child of God and brother to the suffering poor of Vietnam,” he told those gathered in the majestic cathedral. “I speak for the poor of America who are paying the double price of smashed hopes at home, and death and corruption in Vietnam.”

King was initially optimistic that Johnson’s Great Society program, which aimed to make historic investments in job growth, job training and economic development, would tackle domestic poverty. But by 1967 the Great Society appeared to be a casualty of the mounting costs of the war in Vietnam. “I was increasingly compelled to see the war as an enemy of the poor and to attack it as such,” King said in his speech.

King could no longer ignore that military force ran contrary to the nonviolence he espoused. As urban revolts in Watts and Newark in the late 1960s rocked the nation, he pleaded with people to remain nonviolent.

“But they ask – and rightly so – what about Vietnam?” King said in the same 1967 speech. “They ask if our own nation wasn’t using massive doses of violence to solve its problems, to bring about the changes it wanted. Their questions hit home, and I knew that I could never again raise my voice against the violence of the oppressed in the ghettos without having first spoken clearly to the greatest purveyor of violence in the world today – my own government.”

But in his 1967 “Beyond Vietnam” speech, King called “for a worldwide fellowship that lifts neighborly concern beyond one’s tribe, race, class, and nation … an all-embracing and unconditional love for all mankind.” Such unconditional love is “the key that unlocks the door which leads to ultimate reality,” and he noted that this unifying principle was present in Hinduism, Islam, Christianity, Judaism and Buddhism.

King was always first a religious leader. He never sought nor gained elected office, because he wanted to maintain a moral voice and be free to challenge policies he believed to be unjust.

But the cost for King’s speaking out was high: By the time of his assassination, King’s national approval rating was at an all-time low.

He was not a morally perfect man. Declassified files show how the FBI Director J. Edgar Hoover tried to target King over his extramarital affairs. Hoover used a wiretap to tape King having sex with other women and sent those to his wife, Coretta Scott King, with a letter indicating King should kill himself because of his moral transgressions.

For those seeking to honor King’s legacy today, his religious nonviolence is demanding. It asks that people go beyond acts of service and charity – as important as those are – to both speak and act against violence and racism as well as to organize to end those pernicious forces.

It is a radical concept of love that demands we embrace those we know and those we don’t, to acknowledge, as King said, “that all life is interrelated, that somehow we’re caught in an inescapable network of mutuality tied in a single garment of destiny.”

On Martin Luther King Jr. Day, the challenge may be to decipher the meaning of this idea in action for our own lives. The future of what King called the beloved community depends on it – a world at peace because justice is present.

Anthony Siracusa is Senior Director of Inclusive Culture and Initiatives at the University of Colorado, Boulder. This article is republished from The Conversation under a Creative Commons license.