Meryl Streep has been nominated for an Academy Award yet again, as best actress for Julie & Julia. It’s her 16th nomination in 32 years. 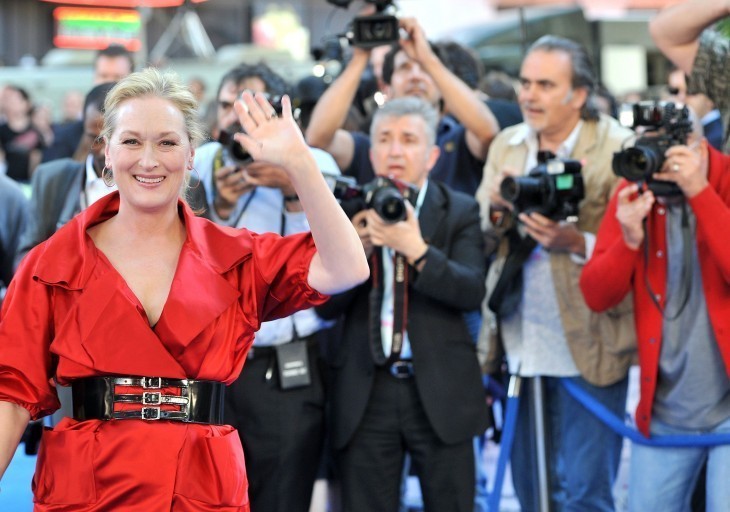 The Academy of Motion Picture Arts and Sciences would nominate Meryl Streep as best actress for reading the back of a Cap’n Crunch box aloud with 2% milk dribbling down her chin.  They’re obsessed.  It’s embarrassing.

Here are some other things the Academy would nominate Meryl Streep as best actress for:

There may be other items I’ve missed.

Look, she’s a fine, fine actress.  Nobody is arguing that.  But c’mon: an average of every other year for three decades running?  She’s not that good. NOBODY is that good.  Katharine Hepburn is second in line with 12 nominations, and her career lasted for 60 years!