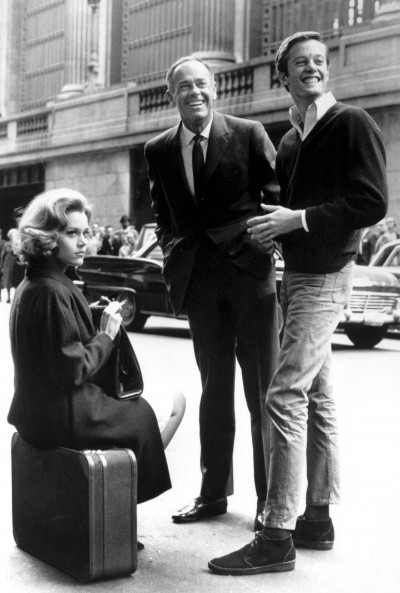 Here’s Jane Fonda on the set of the 1963 movie Sunday in New York. That’s her Oscar-winning dad, Henry Fonda, in the suit, with her brother Peter Fonda.

Judging from their various looks, you wonder what kind of joke was just made off-camera. Jane Fonda turned 26 that year; Peter turned 23, and Henry Fonda was 58. 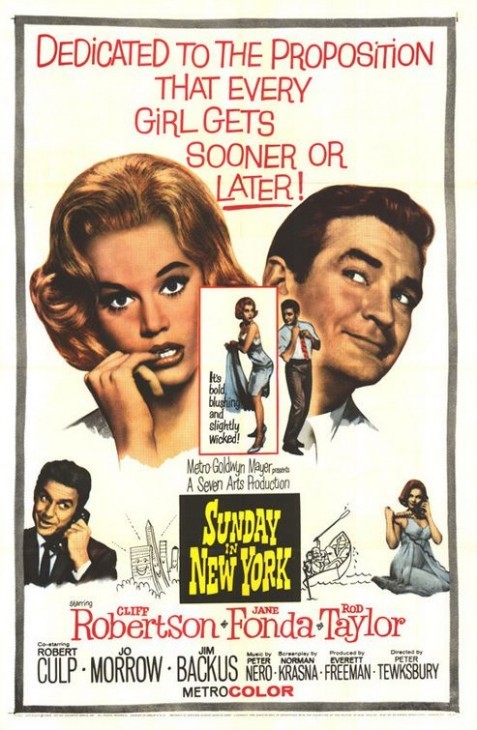 Sunday in New York sounds like a very strange movie indeed. The synopsis:

“Eileen is 22 and is smarting from her breakup with Russ. She comes to New York to visit her brother, Adam, who is an airline pilot. Eileen confides to her brother that she thinks she may be the only 22 year old virgin left in the world.”

Fonda (Jane) played the virgin. Cliff Robertson (!) played her brother, the swinging airline pilot. Her suitors were Robert “I Spy” Culp and Rod Taylor, the guy from The Birds. Also, Jim Backus played Chief Pilot Drysdale. Who could be more “bold, blushing and slightly wicked” than Thurston Howell III himself?