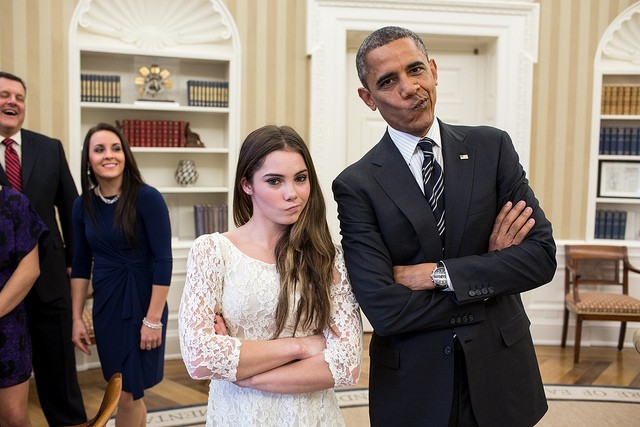 (A short history of the McKayla Maroney face here.)

Obama did pose with the rest of the team, too: 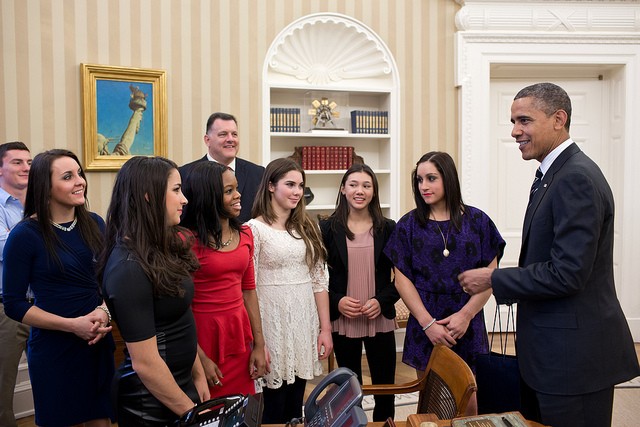 Gabby Douglas (red dress) on the visit: “The president was so cool… He was like ‘Guys, chill out.’ He was so funny, so down to earth. … He’s a cool guy and we got to take our picture in his official President chair.”