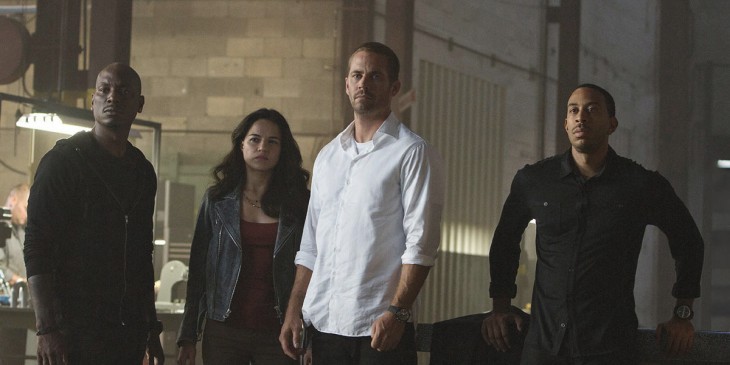 When Paul Walker was killed in a private car crash in November of 2013, Furious 7 was also thrown into a tailspin. Filming was nowhere close to finished, and Walker and Vin Diesel were the anchors of the entire Fast & Furious franchise. Could a sequel go on with out Paul Walker? Would they write him out and start over?

17 months later, Furious 7 is a mammoth hit, pulling in $392 million worldwide in its first weekend, and Paul Walker is front and center. How can be? 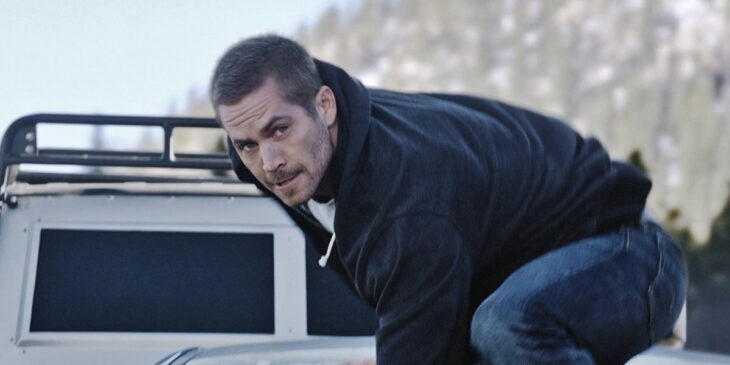 Major credit goes to Peter Jackson‘s Weta Digital studios, which led an expensive campaign to “fake” Walker digitally to complete all his needed scenes. While Universal has avoided talking directly about how it was all done, fans and journalists have put together a pretty clear picture.

I’m not gonna say specifically what was what, because I think it’s very important that people go into this movie not fixated on trying to work out which is Paul, which isn’t Paul… Maybe years from now, I’ll talk about it or maybe at a later day on the track. But needless to say, yes, I wanted to use as much of real Paul as I could. And if that meant stealing a look from the previous movies or whatever, that was the way to do it.” 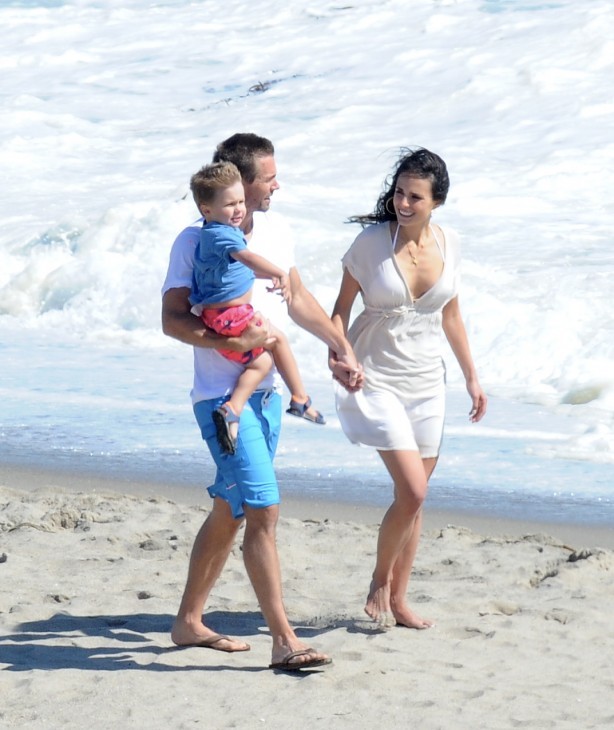 Next, Paul Walker’s brothers Caleb and Carl were hired to act as doubles in his place. (That’s Caleb, above, shooting a scene with Walker’s movie wife Jordanna Brewster.) Neither brother was a professional actor, although Carl is now pursuing a career. For shots where light and shadow and distance could help, the brothers looked close enough to be convincing. 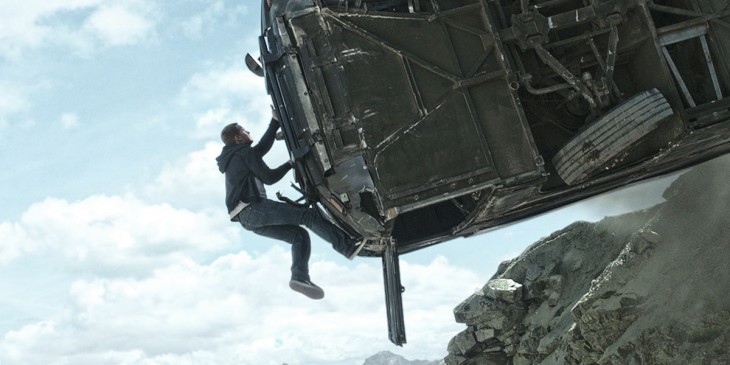 Finally, the Hollywood Reporter says that Weta used digital wizardry to overlay Walker’s features on his brothers’ faces. Turns out it’s not even a new idea:

Robin Shenfield, CEO of London-headquartered The Mill, which led the Oscar-winning visual effects on 2000’s Gladiator, explains how that film coped when Oliver Reed suffered a fatal heart attack during filming. Footage from outtakes was used to create a digital mask that was added to shots of a body double. “He also had dialogue, so we changed his mouth movement,” says Shenfield. 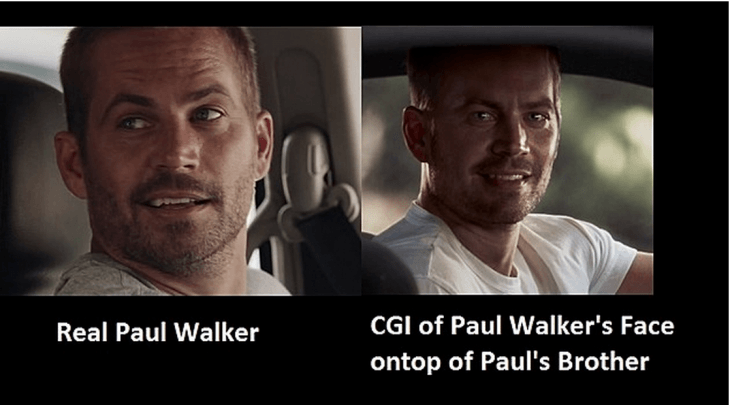 That’s apparently how Walker’s unfinished scenes were done. ScreenCrush offers a side-by-side example (above) and says, “Viewers who pay careful attention will note that the majority of Walker’s unfinished scenes are completed using his brothers Caleb and Cody as doubles. When combined with CGI, carefully chosen camera angles and the right lighting, they are the spitting image of Paul.”

Impressive. And not to be ghoulish, but studios are now planning ahead, says the Hollywood Reporter:

Some movies now even create 3D scans of actors as production begins, so that they can make CG doubles for complicated stunt scenes. It’s not known if that occurred on Furious 7, but it was done on Captain America: The Winter Soldier. Explains VFX supervisor Scott Squires: “If there’s any inkling that you might need a scan, they scan the actor at the start of production. I’ve also heard of certain studios having actors scanned just as an archival thing.” That way, 20 years from now, filmmakers would still have access to the likeness of that actor — dead or alive.

Get ready, in other words, to see a digital Robert Downey Jr. lookin’ good in Iron Man XLII in the year 2077.

Tags: Car Chases Car Crashes Furious 7 Paul Walker The Fast and the Furious
Which Oval Office Rug is Your Favorite?
Save the Lucille Ball Statue!