“Pete taught for a brief period at my (convent!) school in Manchester. He
was quite uncomfortable at times to be surrounded by hormonal teenage
girls, but we all adored him! We all wrote ‘I love Pete Pos’ on our
white gym shoes.”

The BBC has posted fans’ warm reminiscences of actor Peter Postlethwaite, who has died of testicular cancer at age 64. 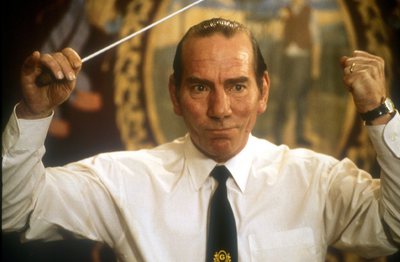 Pete Postlethwaite made me choke up a little at the end of the underrated 1996 film Brassed Off, and he was also in The Usual Suspects, the Jurassic Park sequel The Lost World, etc, etc.  Just last year he had a small role in the mind-bending hit Inception: he was Maurice Fisher, the wealthy old tycoon whose death kicks off the whole crazy story.

Those BBC fan memories are notable for what a nice guy Postlethwaite seemed to be.  Another:

“As an usher at The Young Vic during his run as King Lear, two years ago,
I can say I found Pete a delight with always a smile and a wink for the
usher team. I will fondly remember him standing in his dressing gown by
the open fire escape door to have a smoke before launching into this
most challenging of roles. Far too young to die.”

Tags: Celebrity Obituaries Pete Postlethwaite The Movies
Zsa Zsa Gabor Follows in the Footstep of Sarah Bernhardt
Tom Brady May Talk To You While Passing