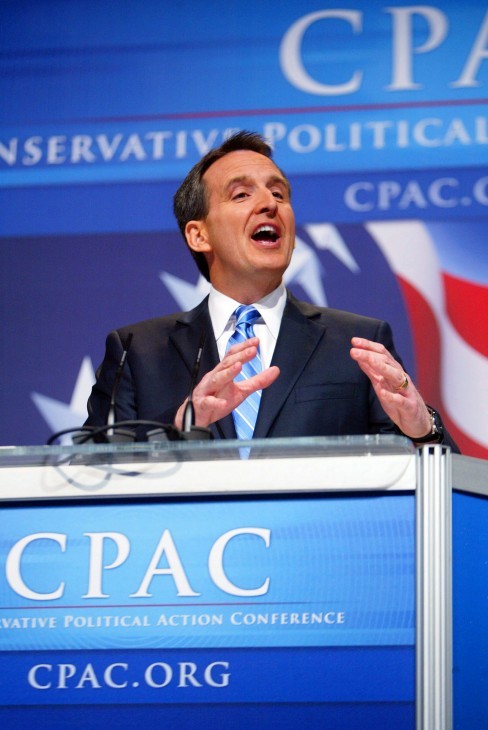 Tim Pawlenty, the former governor of Minnesota, declared today that he is forming a presidential exploratory committee for 2012.

“Declared” isn’t quite right: he announced it via this video on his Facebook page:

The “freedom to work hard and get ahead without government getting in the way” — that’s Pawlenty’s pitch. Despite being a Minnesotan, he also name-checks two Illinois boys, Ronald Reagan and Abraham Lincoln.

Pawlenty is eight months younger than yet another Illinoisan: President Barack Obama. Pawlenty was born in November 1960 to Obama’s August 1961.

With Pawlenty’s announcement, we hereby inaugurate our feature on Presidential Candidates 2012.  It’s been a quadrennial tradition at Who2 since our 2000 list, which included Dan Quayle, Bill Bradley, and a shout-out to the now-dormant Curse of Tecumseh.

We’ll add more 2012 candidates as they declare for the job. Thank you, Gov. Pawlenty, for getting the ball rolling.