“What a thrill! I was 19 or 20 years old and I’d grown up listening to Red Skelton’s show on a crystal set under the covers… He was such a big hero to me, and I was cast as his sidekick.”

The late Sherwood Schwartz may not have loved Red Skelton, but Jamie Farr thought he was aces.

Schwartz wrote for Red Skelton but didn’t like him. In interviews he said Skelton was “about five years old emotionally” and added, “Every time he opens his mouth he says terrible things about writers… Always, he insults writers every place he goes, on talk shows, wherever.”

Before he was Corporal Klinger on the TV show M*A*S*H, Jamie Farr was a co-star on The Red Skelton Show — plucked out of obscurity for that role by none other than Sherwood Schwartz, in fact.

Here’s Farr telling the story in A Hand to Guide Me, a 2006 collection (by Denzel Washington!) of stars’ stories about their mentors:

“It was unbelievable. I was like a kid in a candy store, but the real treat of course was working with Red Skelton…

Farr even calls Skelton “like a second father to me.”

So there you go. There are two sides to every story, and even room in this world for two Red Skeltons.

Here’s the text of Farr’s comments, via Google Books: 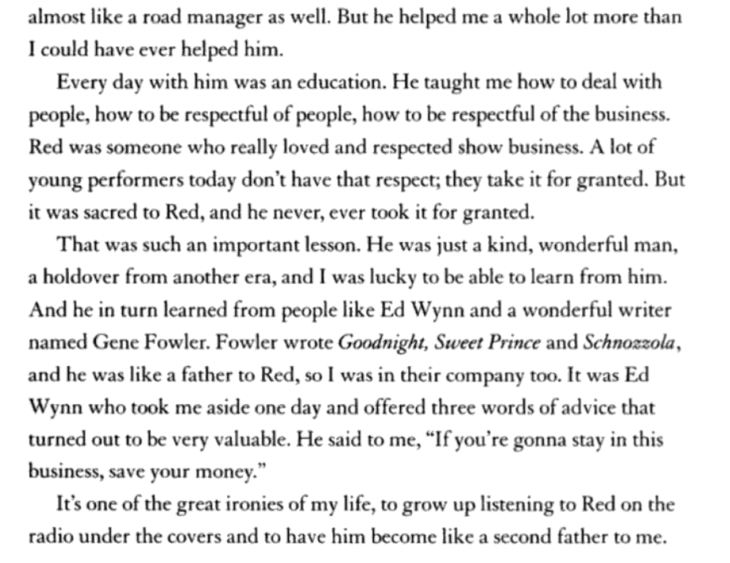