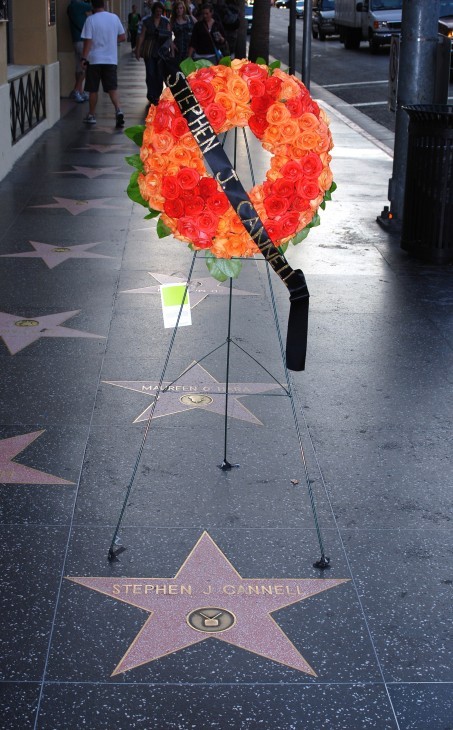 TV writer and producer Stephen Cannell has died at age 69. He co-created The Rockford Files, that wonderful 1970s detective show starring James Garner, along with The A-Team, Baretta (back when Robert Blake was still a star) and now I read that Cannell also had a big hand in Baa Baa Black Sheep (with Robert Conrad as WWII flying ace Pappy Boyington) and in Johnny Depp‘s first show, 21 Jump Street.

Cannell died on September 30th after a long battle with skin cancer. His family released a statement:

“Stephen J. Cannell passed away at his home in Pasadena on Thursday evening due to complications associated with melanoma. He was surrounded by his family and loved ones. Stephen was the pillar of strength within his family and he touched everyone he met. He will be most deeply missed.”

His star on the walk of fame is next to Maureen O’Hara, which isn’t a bad spot.  Happy hunting, Mr. Cannell, wherever you are.