A trial full of crazy lies ends in a mostly hung jury in the John Edwards trial. It was too hard to sift through the parade of shameless acts to determine what was actually against the law.

“I am responsible,” John Edwards said, after the judge had declared a mistrial in all but one of the counts against the former vice presidential candidate. Easy to say now, Senator!

Despite the fact that John Edwards was once at the highest level of the Democratic party, his trial didn’t seem to generate much enthusiasm. Liberal media conspiracy? Maybe. That’s the go-to answer, I suppose.

John Edwards was accused of using about a million bucks from a couple of rich donors to cover up his relationship with Rielle Hunter. His defense was basically “yeah, I lied about my mistress, and I blamed another guy for fathering a child, and I denied that the child was mine for 18 months, but I didn’t do anything exactly, precisely illegal.”

As it happens, the guy he blamed for fathering the child, staffer Andrew Young, was also a liar. He used some of the donor money his own bad self, and then wrote a book after all this blew up in the first place, back in 2007.

The trial itself was full of juicy, quirky details — a 100 year-old heiress named Bunny? She was so enamored with Edwards she gave him almost a million bucks — called by the Edwards team “Bunny money” — in an elaborate scheme on the sly? Even after she’d given him money, he asked her to mortgage her estate so he could raise $40 million to start a foundation (to help poor people). Edwards is said to have considered Bunny Mellon such an easy mark he called it a “chip shot” to ask her for more.

We even heard details of a marital spat between John Edwards and Elizabeth Edwards, during which she ripped off her shirt and bra on an airport tarmac.

There was even a sex tape with John Edwards and Rielle Hunter. 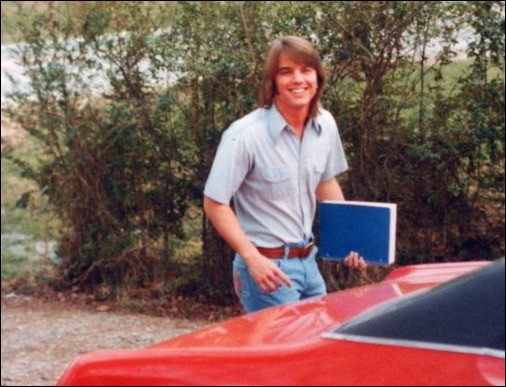 For more on the story, here’s news from North Carolina, the News Observer.

They have a good slideshow of Edwards over the years (that’s where the above photo comes from).

For something easier to digest, here’s a timeline of events in the scandal.