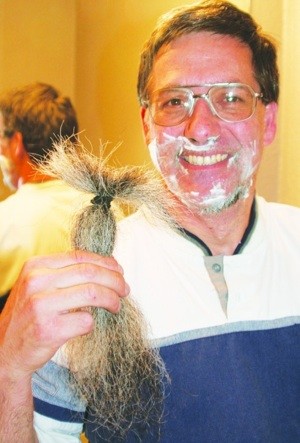 It happened in East Wenatchee:

[Gary] Weddle has wanted to cut his beard for years. His wife, Donita,has wanted him to cut it, too. But for Weddle a vow is a vow and so he hadn’t even trimmed it until Sunday night.