He had just begun speaking on stage in the Audubon Ballroom of the Hilton Hotel in New York when a man walked up and shot him in the torso with a shotgun. At least two other men approached the stage and fired pistols, riddling Malcolm X and the stage with bullets.

The story has always been that he was murdered by followers of Elijah Muhammad and the Nation of Islam. Three men were convicted of the murder, but only one of them ever confessed.

This year, the 55th anniversary of Malcolm X’s death, a documentary television series titled Who Killed Malcolm X? has put a spotlight on the assassination. The many unanswered questions have caused authorities to look into the investigation again, half a century later.

Who Killed Malcolm X? is also framed as who didn’t kill Malcolm X. Namely, Khalil Islam and Muhammad Abdul Aziz, who were sent to prison for it but maintained their innocence.

You can read all about it through The Innocence Project.

Or you can find out more about Malcolm X. The best way to do that is to listen to his speeches. It’s easy to understand why the FBI was freaked out about a charismatic black man making a compelling case for African-Americans to turn to revolution to get their Constitutional rights.

Archive.org has several files of copyright-free material, including the speeches “House Negro and Field Negro” and  “Stop Singin’ and Start Swingin’,” and a brief media clip, “Reactions to Malcolm’s Assassination.”

The Smithsonian Channel has a short clip titled “Malcolm X’s Fiery Speech Addressing Police Brutality.” While it does not specifically address said brutality, it IS fiery.

Five years ago, CBS News had this photo essay to offer on the anniversary of Malcolm X’s murder. 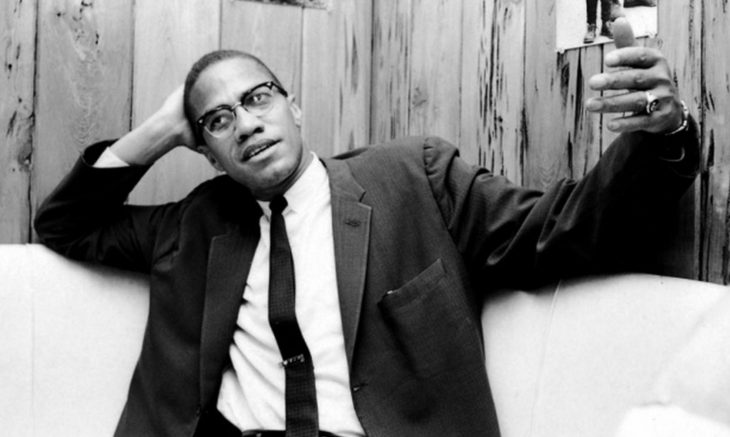 From the CBS News slideshow.

Today the site of Malcolm X’s murder houses The Shabazz Center, an educational center and museum.

A nicely done article on the Netflix article can be found at Middle East Eye: “Puppets and Puppet Masters: Investigating the Assassination of Malcolm X.”

For a really deep dive, listen to this hour-long speech from 1964, Ballot or Bullet.