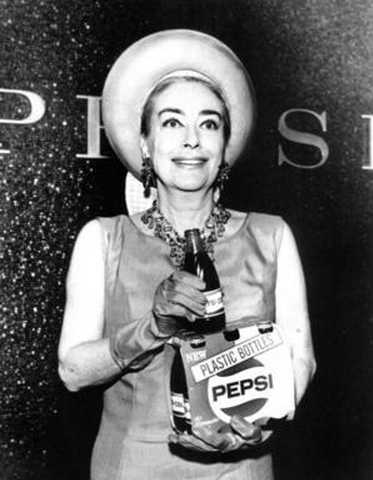 When was Joan Crawford born?

The short answer is: Nobody knows for sure when the Oscar-winning actress (and Pepsi executive) was born. The slightly longer answer is: Probably in 1904, 1905, or 1906.

A quick look into reference books at hand shows that the Film Encyclopedia says 1904, David Thomson’s Biographical Dictionary of Film says 1906, and the Almanac of Famous People says 1908. What in the name of Bette Davis is going on?

The known facts are these:

1) Joan Crawford herself generally claimed 1908. That’s also the date on her tombstone.

2) There’s no official record of Joan Crawford’s birth. Texas didn’t start recording birth records until 1903 and didn’t get really organized about it until years after that. Crawford’s family life was unsettled enough that there’s no paper records there, either: no family Bible or other document with the birth written down.

3) Joan Crawford wasn’t her real name. She was born Lucille Fay Le Sueur, which is the name that figures into various birth certificate questions.

4) Lots of people doubt she was telling the truth about 1908.

Many biographers who’ve peered into the matter think that 1904 is the probable year of her birth.  Here’s one such author, Karen Swenson, quoted in a 1996 article in the San Angelo (Texas) Standard:

Swenson, who is working with fellow California author Chris Nickens on a biography about the Academy Award-winning actress, thinks Crawford simply shaved four years off her actual birthdate, not an uncommon tactic among actresses of the era.

Swenson’s book, Possessed: The Turbulent Life of Joan Crawford, came out in 1998. The college she refers to is Stephens College, a school for women in Columbia Missouri that Crawford entered, and then dropped out from, in 1922.

Other biographies that claim 1904 include Joan Crawford: The Essential Biography (2002, by Lawrence J. Quirk and William Schoell) and Joan Crawford: Hollywood Martyr (2008, by David Bret).

Donald Spoto, that grand old celebrity muckracker, comes out for 1906. He repeats a common objection to 1904: the belief that Crawford’s older brother Hal was born late in 1903, making Joan’s birth in March of 1904 impossible.

He’s not the only one. The fan site LegendaryJoanCrawford.com has what it claims is Hal’s birth certificate (archived link). But others object to Hal’s alleged birthdate as well. The commenters at Wikipedia have hashed the issues over at some length, and their discussion is useful.

Publicly her birth date was reported as March 23, 1908, but Grandmother told me that she was actually born in 1904.

Later in the book she says “When she came to Hollywood she lied about her age and changed the year to 1908.”  Of course, Christina Crawford was not on grand terms with her late mother, and might have been taking the chance to stick the knife in a bit by adding a few years to her age.

The bottom line is that everyone involved is working in the realm of guessing and hearsay here. Unless a real birth certificate or some other new evidence comes to light, we’ll probably never know the exact date of Joan Crawford’s birth.

Yet based on the biographies we’ve listed above (and giving a little extra credit to her own daughter’s statement), we’re sticking with 1904. But we’ve added a “(?)” to the birthdate in our profile.

See our biography of Joan Crawford »

Ginger Wants You All to Have a Great St. Pawdy’s Day
David Lynch’s Hair