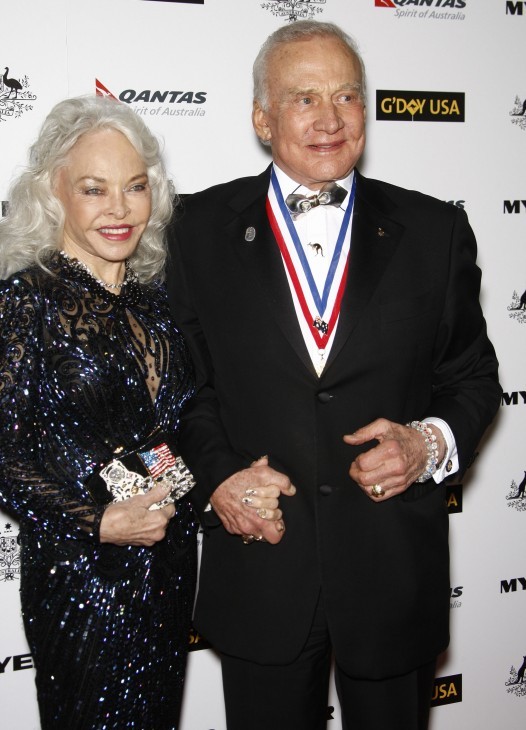 Buzz Aldrin gets a smooch from his wife Lois at a Golden Globes afterparty this week.  One in a continuing series.  (Of parties, not smooches.)

That’s the Presidential Medal of Freedom that Buzz Aldrin is wearing — the nation’s highest commendation for a civilian. He was awarded the medal in 1969, the year he returned from the moon.

The PMOF was established by John F. Kennedy not long before his death in 1963.  Among the 31 founding recipients were singer Marian Anderson and writer E.B. White.

So now we know what Buzz Aldrin and Stuart Little have in common.