[ Note: This photo biography of Sally Ride was originally posted on her 60th birthday in 2011. We repost it here, with a fond salute, on news of her untimely death. 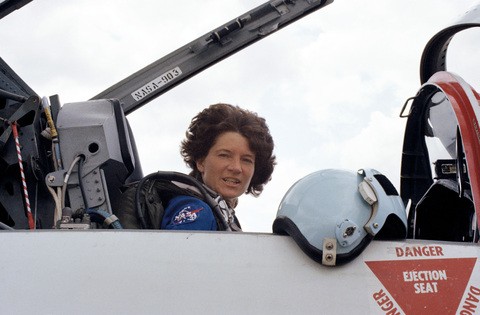 Three days before blastoff: Sally Ride looks down from the cockpit of a T-38 jet before flying from Houston to Kennedy Space Center in Florida. She launched into space on June 18th, 1983. 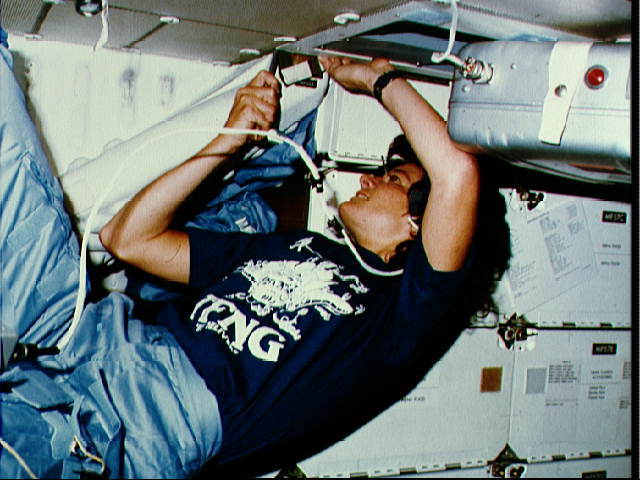 So much for the glamour of space travel. Sally Ride uses a screwdriver to clear an air filter aboard the Challenger during the flight of STS-7.  According to NASA, “Her shirt features a cartoon of 35 busy astronauts around a shuttle with the acronym TFNG, which stands for ‘thirty five new guys,’ a nickname for the 1978 astronaut class.” 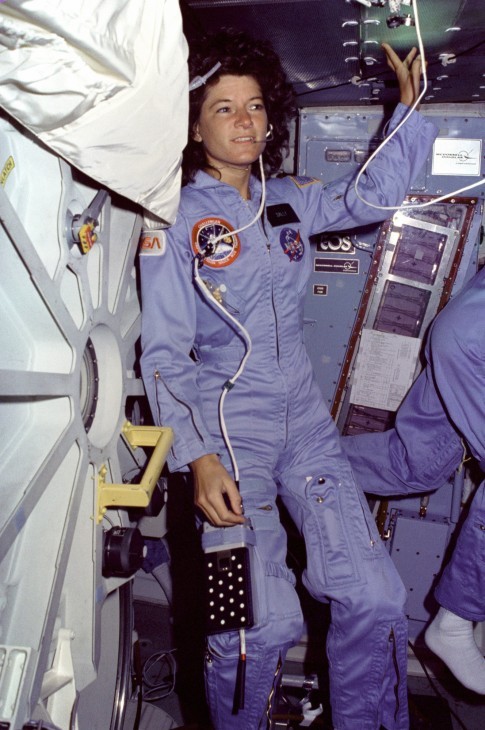 Another shot from that first trip aboard the Challenger. They landed safely on June 24th, 1983, after a six-day mission.

Sally Ride flew again in 1984 and was scheduled to go up again in 1986. The Challenger explosion changed all that.  She served (along with Neil Armstrong) on the Presidential commission that looked into the accident, and retired from NASA in 1987 after a whirlwind decade. 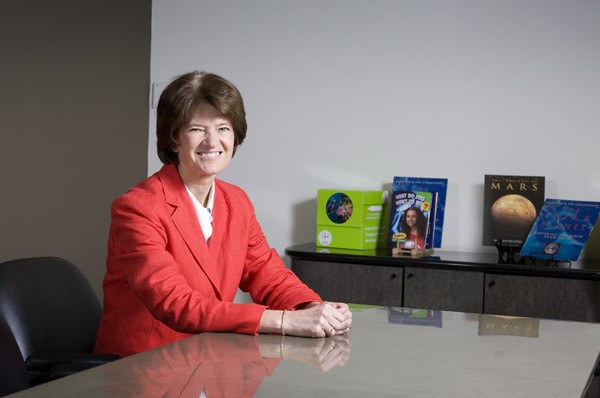 Today she’s the founder and CEO of Sally Ride Science, which creates school programs and teacher trainings in science, math and technology. Their website says they support “girls’ and boys’ interests in science” — but if she takes just a little more interest in the girls, who could blame her?  Happy 60th birthday, Dr. Ride.

See our biography of Sally Ride »