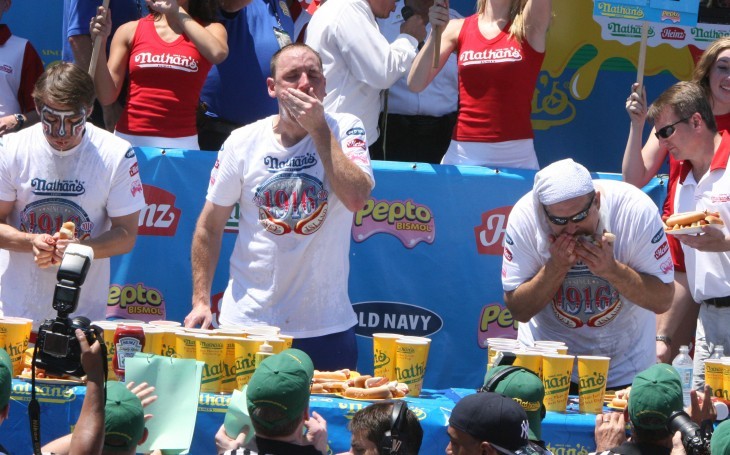 Shoving hideous mounds of dripping wet bread and cow meat into his gob, slathering himself with wet crumbs, drool, and intestine parts, he won the “event” for the fifth straight time. 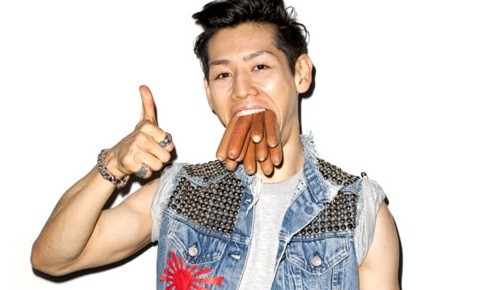 But wait! Across town, at the exact same time, former champ Takeru Kobayashi was reportedly forcing a sickening sixty-NINE hot dogs down his gullet.  Also covering himself with wet bread, drool, and small gobbets of cattle, he claimed the unofficial all-time world record for disgusting, gluttonous pantophagy.

Why the dueling, equally obscene, contests?  Kobayahi is embroiled (har!) in an ongoing dispute with Major League Eating, the for-profit organization which dominates the world of nauseating eating contests. They want Kobayashi to sign an exclusive contract; he refuses.

Today’s revolting 69-dog achievement was his chance to vomit in the face of MLE. Which he, unofficially, did.

Congratulations to all the contestants!