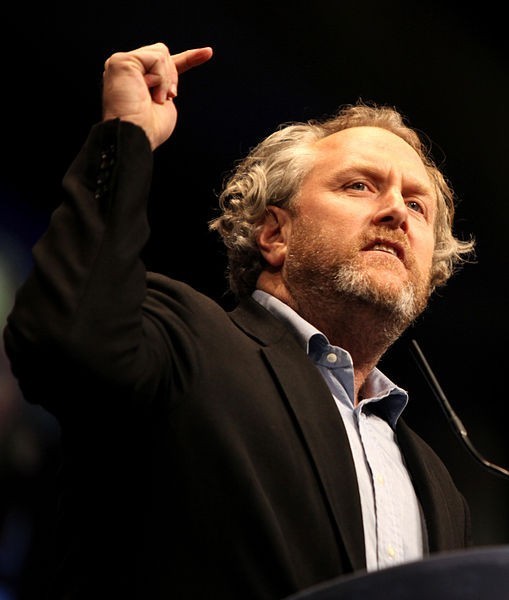 Andrew Breitbart is the conservative firebrand and outraged newshound who helped launch The Drudge Report and the Huffington Post and later created his own site, Breitbart.com.

As the Los Angeles Times described him:

“Breitbart was a Hollywood-hating, mainstream-media-loathing conservative, and shot to stardom with two stories in recent years: breaking the story over the sexually charged tweets by Weiner, a scandal that led to his resignation; and posting a video of Shirley Sherrod, a black employee of the U.S. Department of Agriculture, in which she appeared to make racially charged comments, leading to her firing and then a subsequent apology by the Obama administration when it was later revealed her comments were taken out of context.”

“Taken out of context” is actually putting it mildly: the Sherrod tape was edited to make her comments sound like the exact opposite of what she was actually saying.

That was the Breitbart way, and he cheerfully acknowledged that he was using every sketchy trick in the book to bring down what he perceived as a liberal cabal running the nation’s newspapers, movie studios and government agencies.

Breitbart collapsed and died on a sidewalk in Los Angeles early in the morning of March 1st. He was only 43 and left behind his wife, Susannah, and four young children. Although no cause of death has yet been announced, his family suspects a heart attack.

See our biography of Andrew Breitbart »