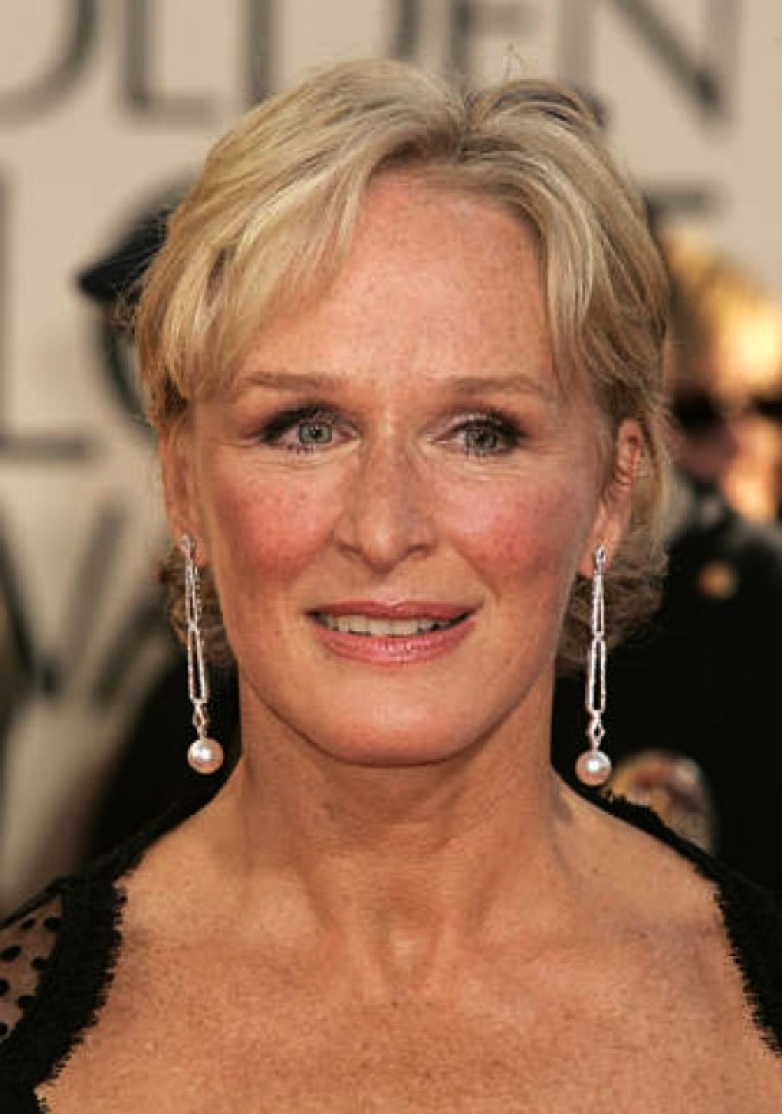 Glenn Close is the Tony- and Emmy-winning star of the television series Damages.

A big-screen star since the 1980s, Glenn Close is best known for her portrayals of villains, from the crazed lover in Fatal Attraction (1987) to Cruella De Vil in the live-action version of 101 Dalmations (1996).

Close is a 12th generation New Englander, educated in Africa, Switzerland and the U.S. She studied acting at the College of William and Mary, and made her New York stage debut in 1974. Her movie debut, playing Robin Williams‘s mother in The World According to Garp (1982), earned her an Oscar nomination. It was the first of a string of critically acclaimed performances during the 1980s, including four more Oscar nominations that decade, for The Big Chill (1983, with Jeff Goldblum), The Natural (1984, with Robert Redford), Fatal Attraction (1987, with Michael Douglas) and Dangerous Liaisons (1988, with John Malkovich).

Glenn Close was nominated for an Emmy for her one season (2005) on The Shield (starring Michael Chiklis)… A talented singer, Glenn Close traditionally sings the national anthem for the New York Mets home opening-day game… In the movies, she has been the U.S. vice president (1997’s Air Force One, with Harrison Ford) and the First Lady (1996’s Mars Attacks, with Jack Nicholson).

Something in Common with Glenn Close