There’s something fishy about Albert Nobbs.

The film is said to be Glenn Close‘s big dream project of 30 years. She starred, produced and co-wrote, and managed to win an Oscar nomination for the role. 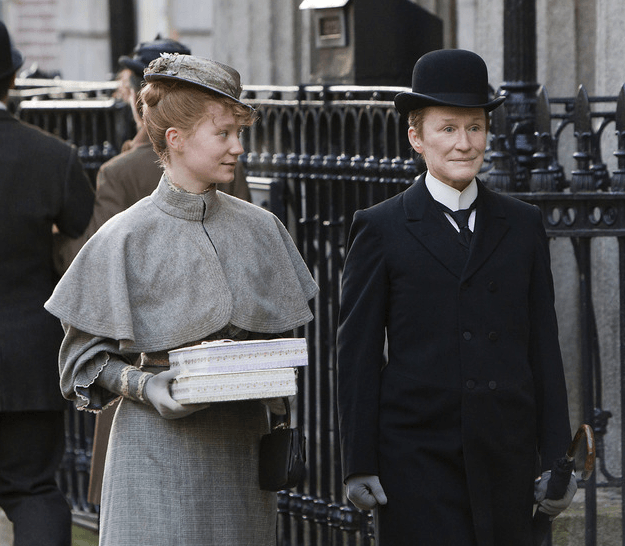 Albert Nobbs stars Close as a woman who pretends to be a man to keep her job as a hotel servant in 19th-century Ireland. She’s a repressed butler who hides her emotions behind a stiff mask while dreaming of love and a normal life.

But wait! A closer examination reveals the shocking truth: Albert Nobbs is a thinly-veiled remake of the 1999 Robin Williams weepie Bicentennial Man.
In which Williams played a… robotic butler who hides his emotions behind a stiff mask while dreaming of love and a normal life.

First off, just look at the photos of Close vs. Williams:

Granted, Close wears a bowler. But otherwise… c’mon, she’s a dead ringer. (And it does explain why her face is so stiff in all those Nobbs movie stills.)

Now for the plot points: 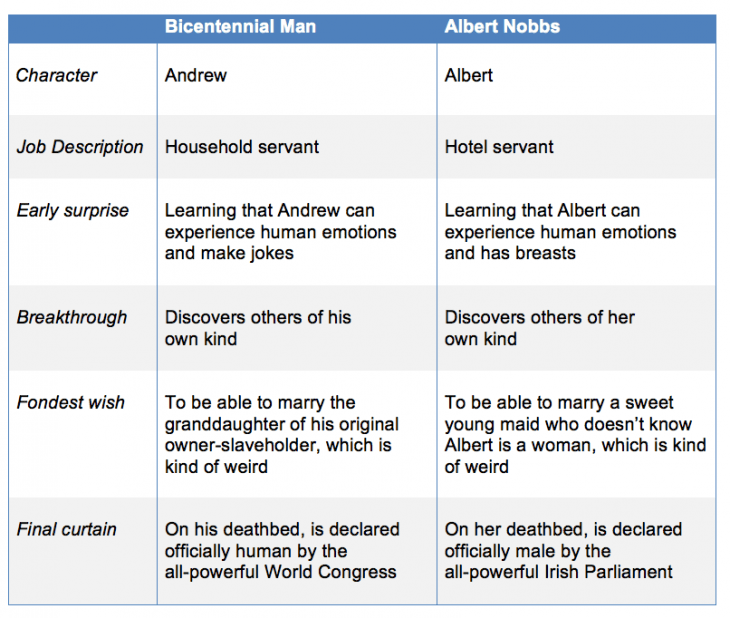 Just kidding about that last one. Obviously, we can’t reveal the ending of Albert Nobbs until it goes to DVD.  But let’s just say that, suspiciously like Bicentennial Man, it has an ending that is bittersweet.

Still not convinced? Then guess which quote is about which film:

“One of the main themes is people’s dreams and what they want for themselves, their true ambitions and their hopes… A lot of them are trapped with low ceilings over their heads, masks and fake identities.”

If you said a) Bicentennial Man, and b) Albert Nobbs, give yourself a star. But honestly, they’re interchangable.
So what happens next? If Close doesn’t win the Oscar, nothing.
But if she does win, here’s hoping for a big Ving Rhames-and-Jack Lemmon-at-the-Golden Globes moment, with a tearful Glenn Close calling Robin Williams up to the stage, handing him her Oscar and saying “This really belongs to you.”
It would be only… human.