Federal agents tried to enter the compound of David Koresh and the Branch Davidians on February 28, 1993. A shootout left 10 people dead and began a 51-day siege.

It was a Sunday morning, outside of Waco, Texas. Inside the Mount Carmel Center, religious leader David Koresh and his followers knew the Bureau of Alcohol, Tobacco and Firearms (BATF) were going to raid them. The BATF knew that Koresh knew, but they decided to stick to their plan of a surprise attack.

The BATF wanted to search the Center for illegal weapons. There were also rumors of child abuse within Koresh’s compound, that’s the official word.

Someone opened fire, four federal agents were killed and six of Koresh’s church members were killed. That all happened between about 9:45 and 11:30 in the morning. Finally a ceasefire was agreed upon, and the long siege began.

The FBI was called in, the Waco police were already there, and the Texas Rangers even showed up. Koresh told negotiators he was wounded. Around 4:00 in the afternoon Koresh was allowed to broadcast a message over the radio, station KRLD out of Dallas.

About an hour later, there was a skirmish in a field near the compound, and more shooting. The Feds killed one Branch Davidian and captured another. Shortly after that, Koresh broke contact with negotiators.

But Koresh didn’t break contact with CNN! Just before 8:00 p.m., authorities got the word that Koresh had given a telephone interview to the news network. CNN broadcast it at the top of the hour.  Within about half an hour, CNN agreed with the FBI that maybe they shouldn’t be talking with Koresh on the sly.

Between 9:00 and 10:00 p.m., Koresh released four children from the compound. That was about the extent of the action on February 28th.

The siege went on for 51 days. It ended when federal agents moved in on April 19, 1993. The Mount Carmel Center burned to the ground, along with David Koresh and 75 other people.

David Koresh was born Vernon Howell to a teenage mother in 1959. He didn’t claim to be the new Jesus, but he did claim to be a prophet and a descendant of King David. He took the name David because of that link, and he took the name Koresh because it’s Hebrew for Cyrus (King Cyrus of Persia conquered ancient Babylon, you see).

Koresh mixed parts of the Bible, mostly Revelations and Psalms, and determined that he was the one who would get the ball rolling just before God decides He’s all up and done with our shenanigans, as predicted in the crazy dream detailed in The Book of Revelation.

Attorney General Janet Reno took a lot of heat for her decision to end the siege with guns blazing. The incident at Waco became a symbol for some folks, an example of the tyranny of the United States Government. That’s why Timothy McVeigh chose the anniversary of the end of the siege, April 19th, to blow up that federal building in Oklahoma City in 1995.

For more on Vernon Howell, read the Who2 biography of David Koresh. 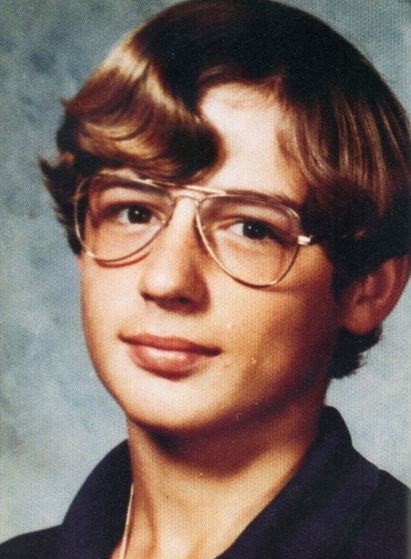 For the final report from the BATF, go here.

To see a very interesting memorial that includes a scale model of Mount Carmel Center and several videos of the property, go here.

To get an idea of what it’s like to hate the United States government a lot a lot a lot, go here.

(Photos were taken from this profile of David Koresh.)