Gil Scott-Heron has died at age 62.  The news came out today via a tweet from his publisher, Jamie Byng.  No cause of death was announced.

[Update: he died in a Manhattan hospital, having become sick after returning from a trip to Europe.] 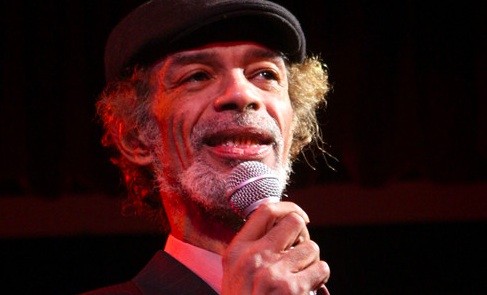 Gil Scott-Heron was a poet, a singer, a soul pioneer, and an early proto-rapper who gained fame for his spoken-word extravaganzas over percussive beats.  The most famous of those was “The Revolution Will Not Be Televised” from his 1970 album Small Talk at 125th and Lenox:

Gil Scott-Heron had wrassled with hard times for the last decade — troubles with crack got him arrested in 2001, and he was in and out of jail for several years. He was close to becoming a Forgotten Man, but he bounced back last year with a well-regarded album, I’m New Here.

The bitter barbs of “Revolution” and “Whitey On the Moon” were just one side of Scott-Heron. Here’s another:

[Update: For the time being, The New Yorker has put its terrific 2010 profile of Scott-Heron back online.]