To accompany our new biography of Harold “Doc” Edgerton, we’ve gathered some samples of his amazing high-speed and strobe light photography.

Harold Edgerton died in 1990, at the age of 86. Most people are familiar with his work, if not his name.

Early in his academic career at M.I.T., Edgerton began working with strobe photography. That was 1931. It became an invaluable tool for studying moving machines. Suddenly we could see exactly what was going on as those fan blades spun around. Some shapes worked better than others. That sort of knowledge can improve efficiency (not that all fan manufacturers care, as it turns out).

Edgerton also made a splash outside of science, thanks to his photos of athletes and dancers in motion, and super-slow motion movies of everyday events (dropping light bulbs, spilling milk, shooting a rifle at a Jack of Diamonds, and so on). 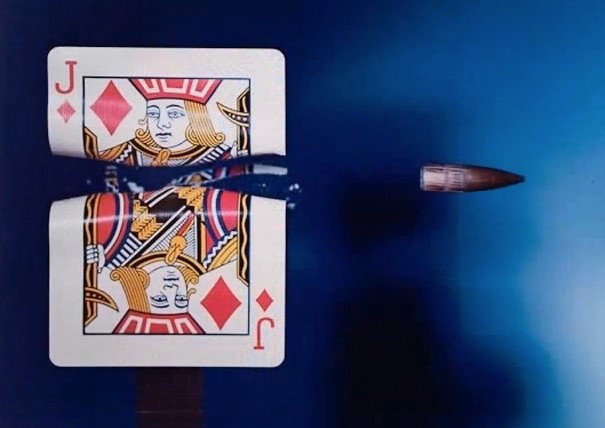 Here’s a nice clip from a National Geographic special on him, obviously from years ago:

Recently an artist named Matthew Booth recreated the image in 3-D. You can see the six-minute “film” here at the New York Times, and it’s pretty cool.

And here’s a very old clip of Edgerton’s film that shows just how a hummingbird works its wings:

During the 1960s, Edgerton worked with Jacques Cousteau (among others) in developing underwater photographic techniques. If you’ve ever seen those time-lapse movies of starfish moving across the ocean floor, you can thank Harold “Doc” Edgerton.

For more, the official Edgerton website has an archive of photos and movies also.

There’s even a Harold Edgerton Tumblr.

Read the Who2 biography of Harold Edgerton here. 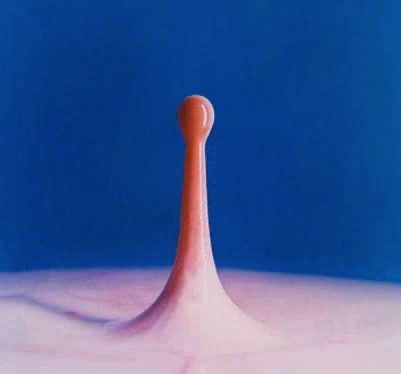